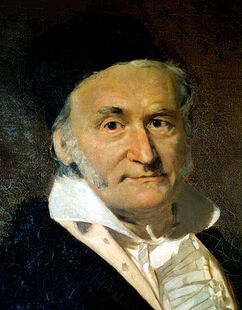 Sometimes referred to as the Princeps mathematicorum (Latin: Prince of mathematics), Gauss formulated mathematical descriptions of the magnetic effect used by magnetic accelerators. These understandings made it possible to produce a so-called Gauss rifle or coilgun, a series of magnetic fields that are used to launch a ferromagnetic projectile at great speeds.

Retrieved from "https://fallout.fandom.com/wiki/Carl_Friedrich_Gauss?oldid=3129915"
Community content is available under CC-BY-SA unless otherwise noted.