The Cappy statue is a settlement object in the Fallout 4 add-on Nuka-World.

The Cappy statue is a model of the Nuka-Cola Corporation mascot Cappy. The statue is a large metal red bottle cap with a face and limbs. White gloves are on the hands and white shoes are on its feet. Its four buildable positions are it pointing left or right as well as waving with its left or right arm. 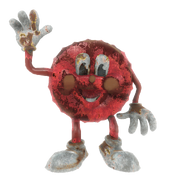 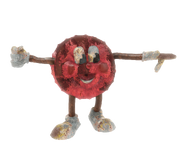 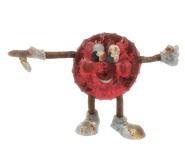 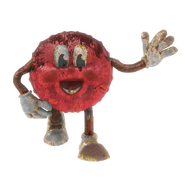