The Capitol Preservation Society is a museum and historical association on the midship deck of Rivet City.

Started a generation ago by Abraham Washington's parents, the museum in Rivet City is dedicated to the preservation of historical knowledge about the United States of America and holds various artifacts related to the once mighty nation. [Non-canon 1] The project is now curated by Abraham, and he expands the collection with the aid of mercenaries and scavengers.[1][2]

The Preservation Society houses many important documents from history including the Constitution of the United States, the Emancipation Proclamation and a copy of the Gettysburg Address. Additionally, there is an intact P-51 Mustang suspended from the ceiling. Despite being the current curator, interactions with Abraham showcase confusion and mottled details of American history, which is then passed on to visitors of the Preservation Society.

The entrance to the museum leads to a walkway above the room, which has two staircases leading to the main floor. The museum is contained inside a large chamber on the midship deck, with a smaller room adjacent to it acting as Washington's private quarters. The centerpiece of the room is the large fighter suspended from the ceiling, with salvaged neo-classicist columns and other historical artifacts surrounding it. The proudest collection of memorabilia is displayed on the southern wall, where Washington's collection of historical documents is displayed in glass cases.

The Capitol Preservation Society appears only in Fallout 3.

Collection completed with the Declaration of Independence, Magna Carta and Bill of Rights

Overview of all the documents with their position in the gallery 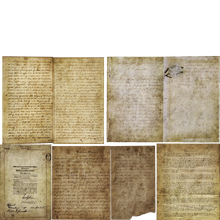