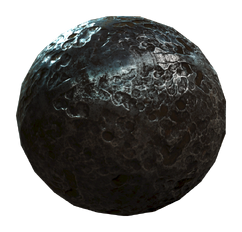 The cannonball is a type of ammunition in Fallout 76.

A large pocked sphere of lead used as ammunition for the broadsider. When fired, cannonballs will explode upon hitting a target.