Canada, referred to as Little America by many Americans before the Great War,[1][Non-game 1] was a pre-War country in North America, annexed by the United States on June 3, 2072[1] for its vast natural resources.[Non-game 2][Non-game 3]

The process of annexing Canada began in 2059, as the Anchorage front line was established in Alaska, to protect its natural resources, especially the crude oil fields, from the People's Republic of China. As parts of the Alaskan pipeline cross Canadian territory, the U.S. government pressured the Canadian authorities into allowing American military units to station near the pipeline and provide security.[Non-game 4]

After the Chinese invasion of Alaska in 2066, increasing U.S. military presence in Canada began to raise tensions to the point of riots.[Non-game 5] The United States military did not limit its activities in Canada to just guarding the pipeline. Despite Canadian protests, the country's resources were exploited and stretched to the breaking point to support the American war effort. By 2069, Canada became Little America in the minds of U.S. citizens, with vast stretches of timberland destroyed beyond recovery.[Non-game 6] The tipping point came in 2072. As the U.S. escalated its exploitation of Canada's resources, her people took to the streets. Protests and riots erupted in several Canadian cities and an attempt to sabotage the Alaskan pipeline by unknown forces was foiled, but provided the U.S. Government an excuse to officially annex Canada.[1][Non-game 7]

When pictures of the atrocities committed in the name of the United States made it over the border, they sparked unrest and protests from the American public. Both sides thoroughly armed, it had little impact on history, as former Canadian land provided much-needed resources for maintaining the war effort, and the country was overrun.[Non-game 8]

In a statement to the press, General Buzz Babcock, commander of U.S. forces in Canada, cited security concerns as the primary reason for the annexation. He also stated that "Little America" was always the property of the United States and the U.S. military announced the official annexation of Canada on June 3, 2072.[1][Non-game 9]

By 2077, the annexation was complete and Canada ceased to exist as a nation. The provinces occupied by the American military became U.S. territories, remaining under its political and military control, but not a state or commonwealth in their own right.[2] Violence escalated and security detachments equipped with combat armor were sent to suppress Canadian population and any resistance movements.[3] Protesters, rioters, and resistance members alike were shot on sight, sometimes even executed on camera.[3]

Even among the military, the annexation was met with mixed reactions. For some, the act was considered criminal.[4] Open warfare between the opposing armies across the former nation commenced, with the Yukon becoming one of the many fronts alongside Anchorage in the Resource Wars.[5] Despite the outcry, the military initiative forged ahead. Propaganda portrayed the annexation as a "liberation", with comic series such as Tales from the Front and cartoons such as Armor Ace and the Power Patrol championing U.S. occupation forces while vilifying Canadian resistance; for instance, the villainous "rogue robots" of the Yukon Five in the Armor Ace board game Cold Steel were explicitly described as part of the "Yukon Uprising." Vault-Tec in particular sought to bank on the annexation as they began building and advertising available Vaults in "newly-annexed Canada."[6]

When the Great War occurred and global societies and borders collapsed, some Canadians eventually traveled down into what was once the United States, either migrating in search of their fortunes[7] or drawn by trading goods making their way north from places like New California.[8] 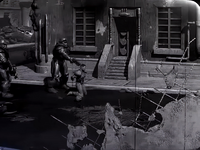 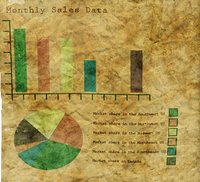 Sales chart include those in Canada

Canada to the east of Alaska 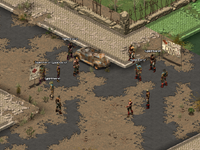 A disagreement between two Canadian rebel groups in Fallout Tactics