Camp Venture, viewed from the northwest 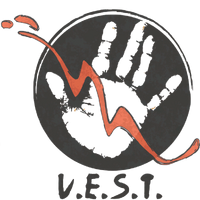 “To ensure our survival, Taggerdy needs true soldiers. Not mercenaries, not weekend warriors, but cold-blooded killing machines bursting at the seams with efficiency, determination and grit. That's what I intend to give her - the best of the best.”— Sgt. T. Wilson, CO of Camp Venture

Camp Venture is a location in the Mire region of Appalachia in 2103.

Camp Venture was known before the Great War for its extreme survival training. Known as V.E.S.T. (Virginias Endurance and Survival Training), it was run by Edward Hayes Jr., a Free States member. The intense training course lasted four weeks, with attendees working on their cardio, strength and learning numerous skills, including building fires, cleaning water, establishing shelter (week 1), handling firearms, field dressings, safety against poisonous flora (week 2), wilderness navigation, first aid and signals (week 3). The final week was essentially an examination, where attendees applied the skills they learned in practice. Hayes used the facilities to train members of the Free States, including Raleigh Clay and his family, in preparation for the nuclear war. However, Hayes later mothballed the facility and retreated to his bunker shortly before the Great War.[1]

After the bombs dropped, this proved to be a windfall for Taggerdy's Thunder, left to fend for themselves by the chain of command. Acting on de Silva's recommendation, Lt. Taggerdy moved her squad into the camp, where they survived the harsh winter of 2077-78.[2] Taggerdy ordered the Camp to full readiness, in order to fill out the ranks, putting Sgt. Ted Wilson in charge of training volunteers. Within 29 days, Wilson brought the mothballed facility back to operational status, improvising a training regimen, adapting Ranger techniques to their present situation (complicated by the lack of an airborne component, but he made do). Recruits signed up regularly, but Wilson's brutal training caused many to wash out. The first class that graduated from Camp Venture had an over 50% failure rate and one fatality due to the live-fire exercises Wilson had recruits perform. However, they were the right kind of people for the Thunder, the lieutenant, and Captain Maxson.[3][4] In fact, it was here that the Appalachian Brotherhood of Steel was eventually born.[5]

Complications happened from time to time. On January 3, 2081, a recruit by the name of Fisher, just a week from graduation, deserted from the Camp taking a combat shotgun, ten boxes of shells, salvage recon, and other gear. The incident resulted in Sergeant Wilson modifying the recruiting strategy used by Lt. Taggerdy, starting a pattern of elitism and preferring military veterans in recruiting, something that would come to bite the faction back, hard, years down the road. However, the Camp's training continued and when the Brotherhood was formed around 2082,[6] it provided a steady stream of new troops for the organization. Although some could not take the strain - as was the case with one K. Kelly, who took her own life on November 9, 2083, unable to live on after losing most of her family and loved ones - others excelled, as was the case with Tex Rogers, who received a commendation on March 26, 2086, from Wilson, the very first he issued since the Great War. As this came just as the situation around Huntersville was heating up, the timing was impeccable.[7]

Although the Camp could continue for the foreseeable future, the appearance of the scorchbeasts and the Scorched, coupled with Taggerdy's steep recruitment criteria meant the Camp's life expectancy was drastically reduced. Losses taken in containing the Bog's scorched threat and refusal to cooperate with other factions led to the Camp being shuttered in July 2093, with remaining personnel reassigned to Fort Defiance, Thunder Mountain power plant, and defense stations along the Bog's perimeter. The remaining Squires were immediately assigned combat duties, completing their training in practice, while Wilson was promoted to Fort Defiance executive officer.[8]

By the time of the opening of Vault 76, all the bunkhouses outside the perimeter wall were falling apart and the interior was overrun by Scorched.

Camp Venture sits on the edge of the Mire and is divided into three distinct sections. The outer sector, surrounded by a crooked, derelict wooden wall, once served as the bunkhouses and outer edge of the VEST camp. The Brotherhood repurposed the buildings and salvaged the bunkhouses, leaving only the VEST storage and supply building intact and using it for storing their non-essential gear and as temporary storage for dangerous tech recovered from across Appalachia. The building contains a lot of loot and high level junk, though to access the locked door in the basement, one needs to head up to the main Brotherhood facility up the hill.

The facility cannot be missed, surrounded by prefabricated fortifications. It includes the barracks at the southern edge, complete with plenty of loot, notes, and holotapes. Just outside the eastern wall are a chemistry station and power armor depot with a random power armor spawn. Opposite of the eastern wall exterior is an armor workbench flanking the two power armor stations. The building next to the depot is the weapons storage and requires either the key (found in a locked level 0 locker in the bunkhouse) or a level 3 lockpicking skill. Apart from ammo and a minigun, it also has two potential Vault-Tec bobblehead spawns and a potential magazine spawn, plus a weapons workbench.

The last building is the command center, which requires that players obtain the password. The password is located in the locked room in the basement of the storage and supply building. Inside is the steamer trunk, more lore, the Overseer's cache, and information on Fort Defiance's location.

Up the hill lies the landing pad, emblazoned with Taggerdy's Thunder insignia, including a console to call cargo bots to location and a live-fire range to the northeast, which has an additional weapons workbench and a tinker's workbench.

Camp Venture appears only in Fallout 76.

About the Brotherhood and letter to Tommy

Formation of the Brotherhood of Steel

Athletics test starting point
Add a photo to this gallery

Retrieved from "https://fallout.fandom.com/wiki/Camp_Venture?oldid=3461950"
Community content is available under CC-BY-SA unless otherwise noted.