Bunker Epsilon is a location in Fallout Tactics. It is a base of operations for the Brotherhood of Steel in the Midwest, located between Scott City, Canyon City, Great Bend and Cold Water.

After the Reaver cult was mostly destroyed by both the Brotherhood and the Calculator's robots, and most of its remains joined this opposing force, this new bunker became the last frontier for the group. From here, the final missions against the Calculator were commanded by General Dekker.

The bunker's recruit master is Personnel Yeoman, the medical officer is Hyland, and the quartermaster is Folleto. The Auditor General could be seen here as well, along with Tiduk, who is standing near his sister's grave. The mechanic near the entrance is Allen. Like Bunker Delta, Bunker Epsilon is not an underground facility but appears to be a hastily made base for waging the war against the Calculator.

The exit grid may cease to work, effectively trapping you in the base. If the only save is inside the base and this glitch occurs, all of your progress could be lost.[verified] 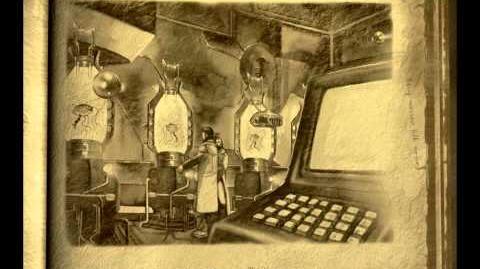