Bunker Delta is a location in Fallout Tactics. It is a base of operations for the Brotherhood of Steel in the Midwest, located in the old state of Kansas, south of Junction City and Kansas City.

After Gammorin's super mutants were defeated, this new bunker was taken by the Brotherhood, to firmly establish a secure area of operations. After the Reaver cult was mostly destroyed by both the Brotherhood and the Calculator's robots, the command center was moved to Bunker Epsilon. It was commanded by General Dekker.

The personnel for this bunker consisted of all new members, the only exceptions are Personnel Yeoman and General Dekker. The mechanic of this bunker is Midas, the quartermaster is Hassan, the medical officer is Hyland and both her assistant and rival is Blythe. Other notable residents are Bartholomew Kerr, No-one Smith and Initiate Percy. After the mission in Junction City, the mechanic Casey Barrett could be found here with Midas. Unlike the previous bunkers, this one did not seem to be underground and looked more like a newly created base. 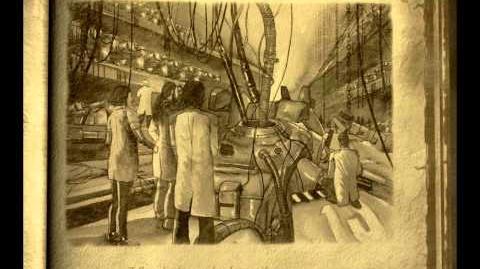