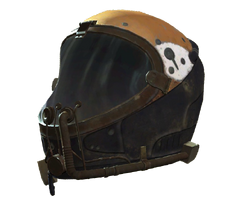 The brown flight helmet is a piece of headwear found in Fallout 4.

The brown flight helmet provides a Damage Resistance of 2 and an Energy Resistance of 5. The helmet is similar to the red flight helmet, but with a brown coloring. It takes up all available equipment spaces on the head, preventing anything else from being worn. 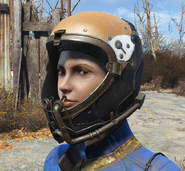 Add an image to this gallery
Retrieved from "https://fallout.fandom.com/wiki/Brown_flight_helmet?oldid=2874303"
Community content is available under CC-BY-SA unless otherwise noted.