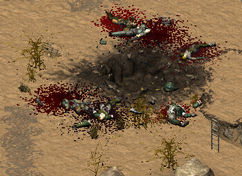 Brotherhood soldiers (named as warriors in game) are characters living in the Midwest in 2197.

These soldiers are sent by the Brotherhood of Steel to complete a task. However, some of them failed and have died, while others have performed guard duty in the bunkers.

The soldiers inside the bunker will greet the player character and make comments on the new recruits through the regions (tribals, ghouls, etc.).

Two beastlords in Mardin, around the Matriach's cage and near Daarr's throne, are named as "Warrior." 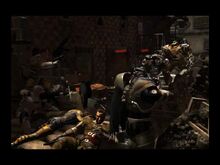 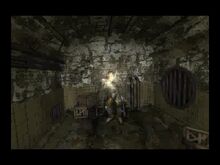 Cornered Brotherhood soldier in Fallout Tactics ending
Add a photo to this gallery
Retrieved from "https://fallout.fandom.com/wiki/Brotherhood_soldier_(Fallout_Tactics)?oldid=3327854"
Community content is available under CC-BY-SA unless otherwise noted.