+1 Strength with all pieces painted

The only differences between the high-rank-paint jobs are the rank badge on the lower left arm. The changes between knight-captain and paladin are more noticeable. The accents of the armor take on a reddish-orange color from dull white and the outermost part darkens slightly.

With the addition of the "Captain Cosmos" Creation Club content, the paladin paint can also be added to the CC-00 power armor but does not add any weight. It requires oil x2 and steel x2 per piece painted.

When all parts of the power armor are painted with a paint scheme that boosts Strength, the armor provides a +1 bonus to Strength. The pieces don't need to be all BOS types. military paint will work as well.

The initiate power armor can only be obtained as a random piece on the suit at the Morton residence in the Nuka-World. add-on. Uses the prefix "BOS I."

Once the Sole Survivor has been granted the rank of knight by completing the quest Shadow of Steel, the paint scheme is available for crafting at power armor stations. A fully painted set of T-60b power armor will also be available aboard The Prydwen at the same time. Uses the prefix "BOS II."

The Knight Captain power armor paint scheme is unique and is only found on Knight-Captain Larsen during the quest Search and Destroy in the Fallout 4 add-on Far Harbor You can obtain it by shooting out or pickpocketing his fusion core then taking it before you talk to him. Uses the prefix "BOS IV."

If the Sole Survivor begins the attack on Acadia before obtaining the armor it will become unobtainable.

Once the Sole Survivor has been granted the rank of paladin by completing the quest Blind Betrayal, the paint scheme is available for crafting at power armor stations. Uses the prefix "BOS V."

Killing Paladin Danse at the Cambridge Police Station won't allow the player character to loot the armor pieces from his body as the pieces won't be present on his body.

Killing Paladin Brandis during Precipice of War at Old North Church after having convinced him to return to the Brotherhood of Steel during The Lost Patrol allows the player character to loot his Paladin armor pieces.

Once the Sole Survivor has been granted the rank of sentinel by completing the quest A New Dawn, the paint scheme is available for crafting at power armor stations. Uses the prefix "BOS VI."

The BOS elder paint cannot be applied by the Sole Survivor on power armor. The only occurrence of the paint scheme in the base game is on Arthur Maxson's power armor during the quest Airship Down. However, it may rarely spawn on the power armor frame at the Morton residence in Nuka-World. Uses the prefix "BOS VII." 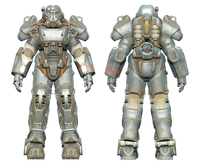 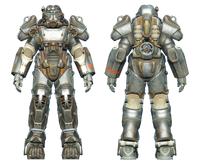 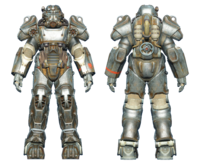 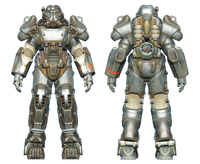 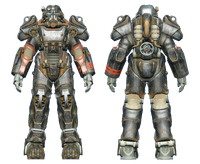 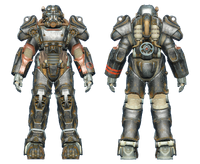 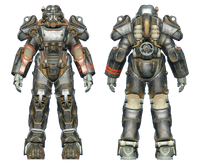 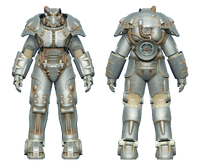 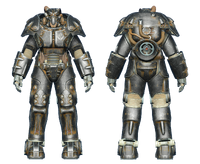