Fallout 4
“The Broadsider is the answer to that age-old question: "Would it be fun to walk around and shoot people with a portable naval cannon?" Yes. Yes it would.”— VDSG Catalogue No.9708

The Broadsider is a unique weapon in Fallout 4.

An unusual heavy weapon mixing 18th-century ordnance with 23rd-century technology. The main body consists of a small old-fashioned naval cannon strapped to a makeshift rig with metal rivets and thick ropes. This rig allows it to be carried around with both hands easily and includes a hinge allowing the cannon to be angled vertically for easy reloading. It fires explosive cannonballs via an electronic trigger taped to the back handle.

The Broadsider's base damage is affected by the Heavy Gunner perk.

Rewarded by Ironsides during the quest Last Voyage of the U.S.S. Constitution. Siding with the scavengers instead makes this weapon unobtainable.

The gigantic projectile from the "nuke" version of the Broadsider

Top-down view of the cannon barrel, with the metal casing removed. 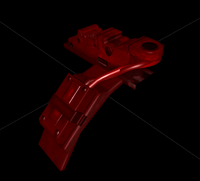 The cut version of the front part of the Broadsider's electronic trigger left in the game's files. The red shading on it is due to an error with the model 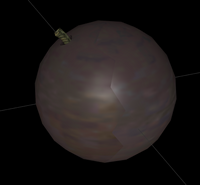 A cut cannonball mesh with a fuse
Español Русский Українська
Community content is available under CC-BY-SA unless otherwise noted.
Advertisement