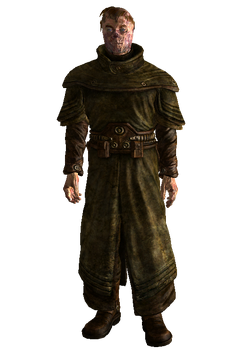 The Bright Brotherhood robe is a piece of clothing in Fallout: New Vegas.