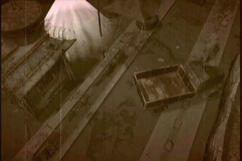 Bridge of Los is a heavily damaged bridge that serves as an upper part of the city of Los. It consists of two parts, West and East.

While the West part is inhabited by friendly ghouls, (including Giese and Hieronymous, as well as, for a short time, the infamous Harold) the East is dominated by mad fanatics of the Church of the Lost and some neutral ghouls. On the far side of the bridge, an ice cream wagon and a unique weapon called the meat cannon can be found.

The Bridge of Los appears only in Fallout: Brotherhood of Steel.

East Bridge of Los
Add an image to this gallery
Retrieved from "https://fallout.fandom.com/wiki/Bridge_of_Los?oldid=3239283"
Community content is available under CC-BY-SA unless otherwise noted.