Bottle is a mascot of the Nuka-Cola Corporation, used for promotion at the Nuka-World amusement park before the Great War.

Bottle, a life-size Nuka-Cola bottle, was used for marketing purposes and was featured in a park safety rules guide and on postcards along with their friend Cappy.

Bottle is one half of Nuka-World mascots, Bottle & Cappy. N.I.R.A. is a modified Protectron in the image of Bottle. He can also be seen in various Nuka-World advertisements, and in The Grand Tour sub quests icons.

Cappy and Bottle are kidnapped by a raider gang in the quest series "Nabbed from Nuka-World". After freeing them, the pair will appear in the vault sporadically. They provide a temporary 20% happiness increase to every dweller, regardless of which room they are in. After they leave, dweller happiness is returned to their previous level. Tapping on Bottle while he is waving or dancing will produce bottle caps or up to five bottles of Nuka-Cola Quantum.

Bottle appears in the Fallout 4 add-on Nuka-World and Fallout Shelter. Posters and statues of Bottle also appear in Fallout 76. 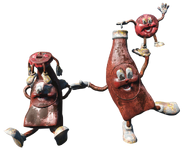 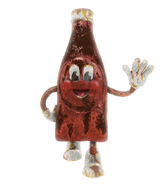 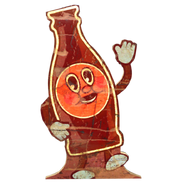 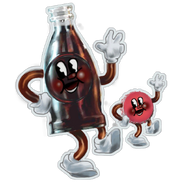 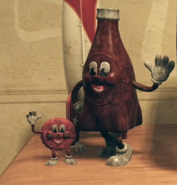 Bottle and Cappy from the Fallout 76 teaser trailer 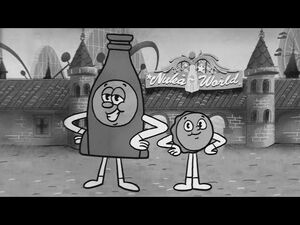