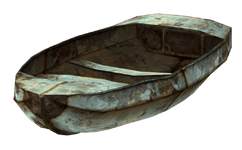 A boat is a vehicle utilized before the Great War.

Boats appear frequently in the Capital Wasteland, including several in and around the Tidal Basin and Potomac River. Boats are also situated as in small lakes and within the entrance to the flooded metro.

The vehicles never directly contain loot, but sometimes hold lootable containers. There are row boat, speed, and tugboat variants, all of which have several color schemes. They cannot be operated by the Lone Wanderer.

The tugboat-type variant appears frequently in Point Lookout. Many of the wrecks have loot inside, usually in the form of a med-kit or ammunition box. Boats appear both floating and in some locations, under the water line. 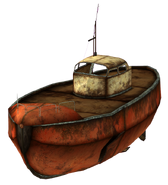 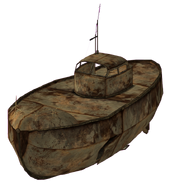 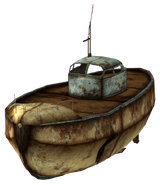