Across the river, directly east of the sunken beach houses, is a small lagoon area where several lakelurks appear to be guarding a small cave. There are roughly 10-13 lakelurks in the area. The small cave contains two duffle bags, along with two dead bodies with some skill magazines and other decent loot. 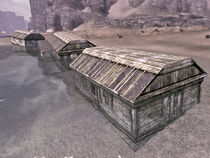 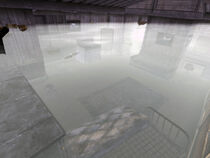 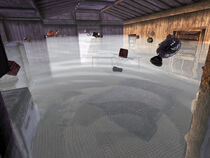