Blow Up the Mines for CoS 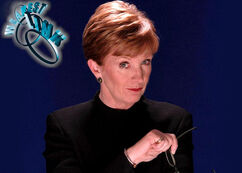 Blow Up the Mines for CoS was going to be a quest in Van Buren, the canceled Fallout 3 by Black Isle Studios.

The Brotherhood of Steel is aware that there's a bunch of good technology lying around in the Burham Springs mines. They want to prevent it from being distributed throughout the wastes by Phil, Sparky, and Frank. The core BoS does not want anything done to those three, but they do want to reclaim as much of the old tech as they can. However, the Circle of Steel has different plans. Even if you recover all tech from BoS, the CoS wants Phil, Sparky, and Frank dead. They also want to see the mines blown up via the placement of charges at specific locations in the mines.

Retrieved from "https://fallout.fandom.com/wiki/Blow_Up_the_Mines_for_CoS?oldid=2840251"
Community content is available under CC-BY-SA unless otherwise noted.