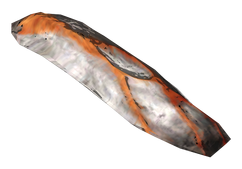 A bleach dogwood at the Black Bear Lodge

Bleach dogwood is a type of mutated flowering dogwood tree once common to West Virginia. This small tree has become a part of human culture over the centuries, thanks to its white flowers, which were used for proposals during Victorian era.[1] In Fallout 76, bleach dogwood is a junk item. Beyond that, it was also a useful utility plant, as its roots could be used to attract muskrats into traps[2] and their bare branches could be used as toothbrushes.[3]

Most notably, bleach dogwoods have been able to weather the desolation unleashed on the Toxic Valley by the sabotaged Grafton Steel mill. Where other plants have withered and died, the dogwoods have continued to bloom, but require periodic fertilization using the aerosolizers placed in the derelict farms across the Valley.[4] Beyond their appealing looks, wastelanders also favor them for their high-yield timber.

Bleach dogwood is a component used to craft water filters. It can be found on trees in the Toxic Valley that have green leaves and white flowers on them.

When hit by an intercontinental ballistic missile, it will turn into gamma dogwood, which will yield raw yellowcake flux when harvested.

According to the Vault 94 greenhouse terminals, the dogwood seen in-game is of the species Cornus florida (Flowering dogwood)[5].

Retrieved from "https://fallout.fandom.com/wiki/Bleach_dogwood?oldid=3149165"
Community content is available under CC-BY-SA unless otherwise noted.