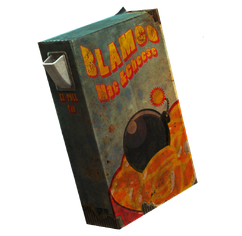 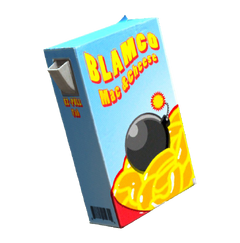 Blamco Brand Mac and Cheese is a consumable in Fallout 76.

A box of BlamCo branded macaroni and cheese. The box design shows a picture of a bomb inside a bowl of mac and cheese. The box itself has a dispenser on the side so the product can be easily poured out into a container. Most of the boxes found in Appalachia have absorbed some radiation over the years since they were produced.

Retrieved from "https://fallout.fandom.com/wiki/Blamco_Brand_Mac_and_Cheese_(Fallout_76)?oldid=3114073"
Community content is available under CC-BY-SA unless otherwise noted.