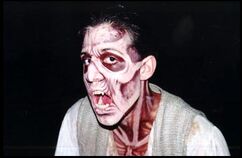 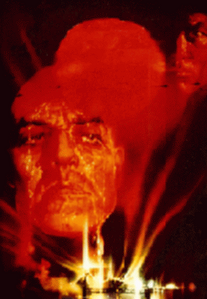 Blackmail Marty was going to be a quest in Van Buren, the canceled Fallout 3 by Black Isle Studios. It is located in the Reservation.

Aside from an interesting drug source the player can capitalize on and distribute to outside sources, Marty is also not so keen on Willem Clark's plans. Perhaps a byproduct of smoking too much smooch, Marty would like to have more interaction with friendly humans, and he is convinced if he had the opportunity to spread smooch around to the human settlements, the humans would become more accepting of the ghouls.

After the player learns of Marty's dissenting feelings, the player may use this information to his advantage and threaten to tell Willem about not only Marty's drug racket within the Reservation Town, but also his intentions of establishing a drug cartel with outside communities and risk exposing the Reservation and its operations (Persuade of Deceive > 50). This should scare the hell out of Marty and get him to spill the beans about what he knows is going on in Sub-level 3. However, this will also leave bad feelings between the player and Marty, and any chance of dealing smooch to outside customers would be thrown out the door. That is, unless the player builds up his Persuade (> 75) and then begs Marty for a second chance. Marty is pretty forgiving, so he'll let the player deal his junk if the player wishes to make amends.

However, if the PC lacks the Deceive or Persuade prowess necessary, then Marty will blow off the PC and tell him to get bent. The PC may then speak to Measles to initiate tattling with Willem, but Measles and Willem will not believe Marty is capable of such actions, and dismiss the PC's claims.

Retrieved from "https://fallout.fandom.com/wiki/Blackmail_Marty?oldid=3183855"
Community content is available under CC-BY-SA unless otherwise noted.