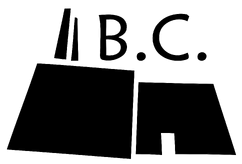 Black Canyon is a location in the southwestern United States that served as the origin point for Van Buren's iteration of Powder Gangers.

A prison complex utilized by the NCR, Black Canyon served as the NCR's solution to cheap manual labor. Porter of the 370th NCR Salvagers, as well as his team, had been imprisoned in 2248, after a failed robbery. Throughout 2249, members from Porter's team attempted to escape many times, though there was always nowhere to run and they were caught or surrendered. At least one escape was planned by NCR Lt. Gov Joseph Dodge, hoping that Porter would loop back to pick up the money from the failed robbery, but the escape he arranged only resulted in the 308th getting free, not the 370th.[1]

Retrieved from "https://fallout.fandom.com/wiki/Black_Canyon?oldid=3489525"
Community content is available under CC-BY-SA unless otherwise noted.