The Bison Steve Hotel is a building located in Primm in 2281.

According to Johnson Nash, the Bison Steve Hotel used to be an old hotel and casino and a woman named Old Laurie used to rent out rooms in the hotel until she "took off" a few months ago.[1] Primm Slim at the competing Vikki and Vance Casino speaks disparagingly about the Bison Steve, calling it "one of Primm's less-impressive casino hotels" and advises the Courier to avoid it.[2]

There is a framed newspaper on the wall of the Vikki and Vance containing an article about a resident being "splattered" on the Bison Steve roller coaster.[3] Primm Slim also states that "the dealers over there cheat, and that rickety roller-coaster's liable to fall down any day 'cause it wasn't built to code."[2] When approaching the location, Cass will comment, "Ah, Bison Steve, you old shithole."[4]

The broken El Diablo rollercoaster track wraps around the building. Up to three escaped convicts have taken positions along these tracks, and will often try to shoot the player character from this location. Two additional Powder Gangers are located between the hotel and the Vikki and Vance Casino. The front door of the casino leads to the main floor. The second floor can be accessed from a door exiting to the rollercoaster track. The sign above the main entrance advertises attractions such as 21, keno, a restaurant, shows, and slots.

Six convicts and an escaped convict leader inhabit the main floor. One or two of them will usually be found near the entrance, with most of the rest remaining near the large dining room in the back of the building. In this back room, the convicts have attempted to fortify themselves with upturned tables. A direct assault can be circumvented by using the Bison Steve maintenance key or a 25 Lockpick skill to sneak around the back through the kitchen.

Behind the reception desk at the entrance, a locked storage room can be accessed with 75 Lockpick skill or 25 Hacking skill, in addition to an Average locked safe which contains Med-X. Beyond the main entrance area, a gift shop contains the unique .357 Magnum pistol Lucky in a Hard locked safe next to a copy of Tales of a Junktown Jerky Vendor. A stairwell leads to the second floor. Alternatively, the elevator can be repaired with a Repair skill of 35, though this provides no experience reward. Once repaired, it leads to the second floor from the first, and vice versa.

The upper floors are inhabited by six convicts. One of them holds the key to the Average locked gun cabinet on the third floor. A ransom note also can be found here. Two doors down there is a room with two skeletons, Psycho, a couple of doses of Med-X, a switchblade, and a suitcase, There is an inaccessible area northwest on the third floor that is blocked by a broken door on one side and a tilted desk in the hallway on the other. Jumping beside the desk in that hallway still results in being blocked, as do attempts in the adjacent hall, where a collapse blocks a portal through which one can glimpse the inaccessible area. There is no way from the roof or outside ledge into the blocked area.

The Bison Steve Hotel appears only in Fallout: New Vegas.

It is possible that the convict that is guarding Deputy Beagle will not attempt to harm the Courier, companions or Beagle when he is freed, even though the compass indicates that the convict is hostile. The convict may also be in a seated position in mid-air to one side of the stool that's he's supposed to be sitting on. [verified]

Tales of a Junktown Jerky Vendor and Lucky 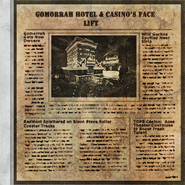 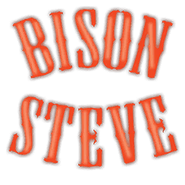 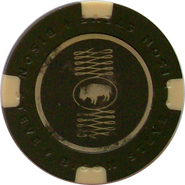