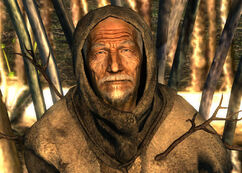 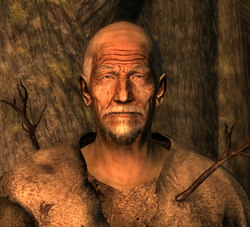 Tree Father Birch is the leader of the Treeminders in Oasis in 2277.

Birch was born in 2227. The 50-year-old chief of Oasis, Birch spends most of his time in the pavilion, sitting on his throne, occasionally eating, and sleeping for a few hours at night. He also walks around Oasis, overseeing the village more directly. While the village is ostensibly a democratic commune, Tree Father Birch sees himself as the group's spiritual and temporal leader. He has cast himself in a role similar to a high priest, worshipping the god-spirit Harold.[1]

Birch is the common name for genus Betula, a type of tree. All of the human residents in Oasis have horticultural names.

Retrieved from "https://fallout.fandom.com/wiki/Birch?oldid=3274590"
Community content is available under CC-BY-SA unless otherwise noted.