xx001B42
“You saw all those computers that DiMA's hooked up to, right? They hold his memories or offload data from his brain. Maybe some combination of both? Well, Faraday asked me to help do some repairs on them. And, you know, I got curious. There's like a century's worth of life experiences in there. And that's when I see it. Data models DiMA has been making. One was the Fog taking over Far Harbor. Another was a nuclear detonation on the island. Plus death counts. What if DiMA is so open and welcoming because he's actually hiding something from us? A plan to wipe out the rest of the island?”— Kasumi Nakano

Best Left Forgotten is a main quest in the Fallout 4 add-on Far Harbor.

After obtaining Faraday's program the player character returns to Kasumi, ending Where You Belong and starting Best Left Forgotten.

She will reveal her suspicions about DiMA and give a quest to investigate DiMA's memories, which are stored inside the Nucleus Command Center. Otherwise, the terminal controlling the locked gate to DiMA's memories will remain inaccessible until the player character progresses further in the main questline.

Once the quest has been obtained the Sole Survivor must travel into the command center in the Nucleus to access DiMA's stored memories. They must bypass radiation, protect indexers and circumvent sentry intrusion countermeasures in a virtual, maze-like environment to access to the memories.

Through unlocking the memories, the Sole Survivor also unlocks the coordinates of several locations on the Island to investigate: DiMA's secret medical facility at the Vim! Pop factory, the location of the nuclear launch key at the Harbor Grand Hotel, and the wind farm kill switch code at DiMA's cache. 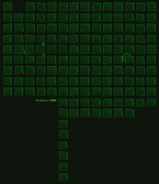 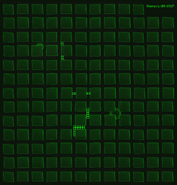 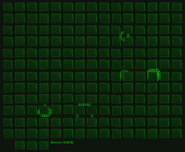 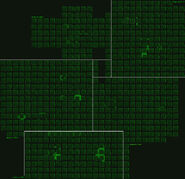