"Begin Again" is a song of anonymous in-universe origin or year by pre-War star Vera Keyes that can be heard in the Sierra Madre Casino & Resort, parts of the song can also be heard near the Starlet hologram in the Villa. Once Old World Blues has been installed, it can be heard periodically on the mysterious broadcast. Sheet music for Begin Again was released on February 7, 2012 to coincide with the retail release of the Fallout: New Vegas Ultimate Edition.

Where can we go
When will we find that we know
To let go
Begin, begin again tonight

After retrieving the Courier's brain in Old World Blues, and leaving it at The Sink, the player can find it humming this song. 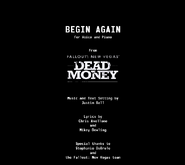 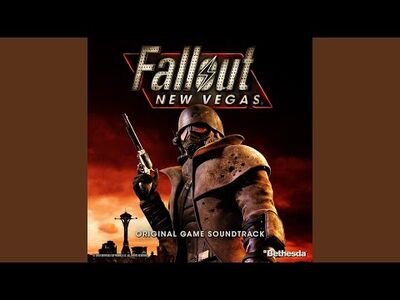