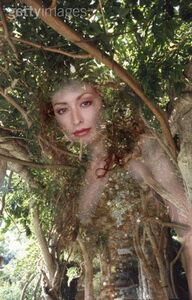 Leadership over the Twin Mothers

Become a god was going to be an unmarked quest in Van Buren, the canceled Fallout 3 by Black Isle Studios.

When the Prisoner enters Vault 29, they can find the ZAX-29. The ZAX can teach the player character that Diana Stone is the goddess of the Twin Mothers tribe. They can however only speak to her through a projector that is controlled by the ZAX. If the Prisoner has a high enough Science skill, they can reprogam the ZAX and put his own picture as the hologram in the recording, thus replacing the goddess.

Control over the Twin Mothers tribe.

Retrieved from "https://fallout.fandom.com/wiki/Become_a_god?oldid=2824966"
Community content is available under CC-BY-SA unless otherwise noted.