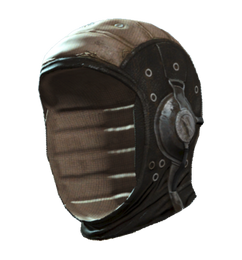 The BOS hood is a piece of headwear in Fallout 4.

Counting as underarmor, the matching hood for the Brotherhood of Steel uniform is typically worn under power armor (like Paladin Danse does). It features numerous ports seemingly designed to interface with the wearer's power armor,[Non-game 1] though it is not required to wear one and does not provide any additional functionality when worn underneath a suit of power armor.

Worn by Paladin Danse and can be traded once he's been recruited as a companion. 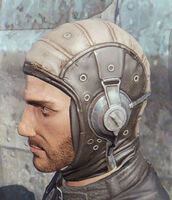 American soldier in the Fallout 4 intro wearing a BOS hood