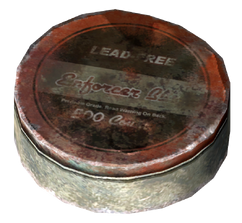 BBs are a type of ammunition in Fallout 3.

They are used in only one weapon, the BB gun.

Can be bought from:

Retrieved from "https://fallout.fandom.com/wiki/BB_(Fallout_3)?oldid=3354593"
Community content is available under CC-BY-SA unless otherwise noted.