The Power of the Atom
Walking with Spirits

00003BC8
“At the center or Megaton's crater sits an undetonated atomic bomb, a remnant of the great conflict that destroyed the world.”— Fallout 3 loading screen

The atomic bomb is a world object in Fallout 3.

Undetonated nuclear weapons found in the Capital Wasteland. One bomb is situated in the center of Megaton. In 2277, Confessor Cromwell of the Church of the Children of Atom preaches on a daily basis from the foot of it, calling others to join him in worship of the object.[1] Some citizens believe that the bomb caused the crater, but Manya shares that this was not the case.[2] There is a warhead storage room at Fort Constantine that holds 22 atomic bombs, on two racks of 11 each. The righthand side rack has broken, the bombs falling within it down to the row below.

The Megaton atomic bomb only appears in Fallout 3.

Mister Break with the bomb in the sacred bog 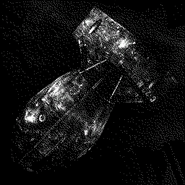 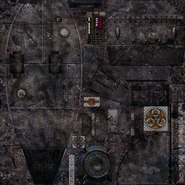