Point Lookout
“You are now welcomed in our cathedral. Enter, enlightened brother!”— Jimson

The Ark & Dove Cathedral is a small settlement inhabited by tribals in 2277.

The Ark & Dove Cathedral is named after the English settling ships Ark and Dove, which landed in the region in 1634.[1][Non-game 1]

An old church surrounded by a brick wall with a gate at the entrance. Outside, there are many refined punga fruit and wild punga fruit and two double-barrel shotguns hidden under bushes and separately lying right next to the building. Jimson, Croatoa, and other tribals can be found tending to punga plants or walking around. To the northwest is a well that leads to the sea cave, as well as the Ark & Dove resting grounds.

Inside, there are special breeding pots that are used to grow refined punga fruit. Woodrose and Nadine can be found at the back of the church. Other tribals wander around inside periodically, as well.

The Ark & Dove Cathedral appears only in the Fallout 3 add-on Point Lookout. 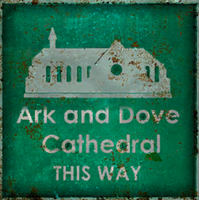 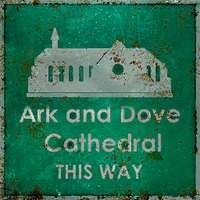