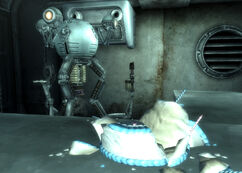 “I am mortified by the cake mishap. Simply mortified.”