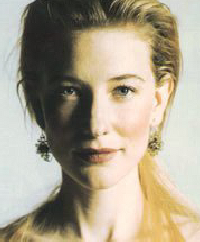 General Andrea Brixley is an Elder of the Brotherhood of Steel in 2253.

Andrea began her career in the Brotherhood of Steel as a scout/explorer. She was originally sent east to confirm the existence of the Maxson bunker and to use it as a staging area for her explorations. She was accompanied by a team of four Paladins. Andrea did discover the bunker and successfully disabled the security as well as opening it for habitation. For over a decade after, she and her fellow paladins explored the east and forged relationships with many of the tribes that inhabited the area.[1]

After the war broke out between the Brotherhood of Steel and the NCR, Andrea was promoted to commander and placed in charge of the bunker. She also received the title of Elder Paladin, as did her four companions.[2]

Andrea is not comfortable with leadership and would prefer to spend her time exploring. She is not very organized and is content to let people do what they are best at with little supervision. Fortunately, her supporting staff recognize her flaws and cover for her. Her most ardent supporter is her best friend and fellow paladin, Glenn Deering.[3]

Despite Andrea's best efforts, Traci Niels can see that without Glenn's careful attention her grasp over the situation would waver, perhaps even fall apart. Traci would much rather she was put in charge.[4] And when Andrea denied approval for Jerry Corsetti's plan for ending the war with the NCR, he would certainly not be disappointed if she were replaced by Traci.[5]

Andrea Brixley was to appear in Van Buren, the canceled Fallout 3 by Black Isle Studios.

The image used in the design document is a photograph of the Hollywood actress Cate Blanchett.

Retrieved from "https://fallout.fandom.com/wiki/Andrea_Brixley?oldid=3325339"
Community content is available under CC-BY-SA unless otherwise noted.