Aiding the Outcasts
The Guns of Anchorage
Paving the Way
Operation: Anchorage!

It can be found and entered at the Outcast outpost in the old VSS Facility at Bailey's Crossroads.

Entries found in a terminal in the Outcast outpost detail the development of the simulation. The entry dated August 15, 2077 describes how General Constantine Chase tested the simulation himself, but claimed it didn't "feel right," and that hardware problems were prevalent. The second entry dated September 6, 2077, tells of how Chase was making elaborate changes to the simulation which the writer of the entry felt was "divorced from reality," and that he was sure that the real Anchorage Reclamation had never happened the way Chase portrayed it. The writer goes on to say that everyone was beginning to think Chase was going insane, but no one confronted him because they feared that the military would take over the project. At the very end, the writer questions why running the simulation was necessary anymore, since "any tactical data was mined months ago."

In particular, the Vertibirds were present in the simulation in full operational capacity when in fact they wouldn't even reach the prototype stage until much later. There is also doubt over the plausibility of Chimeras as shown in the simulation, since no other source material on the Reclamation makes any mention of it. Furthermore, the M42 "Fat Man" miniature nuclear launcher is used by the power-armored units to blow open the gates to the Chinese Compound, despite the launcher not being completed until September 2077, 8 months after the battle had concluded.[1]

This simulation takes place in pre-War Anchorage, part of the pre-War state of Alaska.

The Anchorage Reclamation simulation appears only in the Fallout 3 add-on Operation: Anchorage. 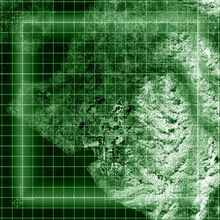 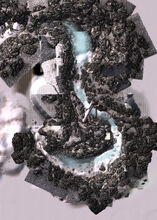 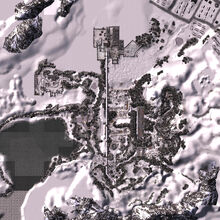