Aliens are creatures in Appalachia.

Three alien corpses are located in the Z-05 specimen chamber of the Enclave research facility. All collected data was later redacted, simply relaying that the subjects were to be destroyed.[1] During the Invaders from Beyond event, they invade Appalachia. They are often assisted by drones. The creatures will shoot at their enemies with alien blasters. They typically wear white and orange spacesuits, though some also wear blue and green.

The basic alien variant who uses an alien blaster in combat.

An alien in a blue spacesuit who uses cryogenic weapons in battle.

An alien in a green spacesuit that uses poisonous weapons in combat.

The strongest variant of alien, these aliens pilot robotic spacesuits similar to power armor and either an alien disintegrator or alien shock baton in combat.

The following variants existed in the game's files at launch, but their Form IDs were later repurposed for the Invaders from Beyond event.

Aliens appear in Fallout 76, introduced in the Steel Dawn update. 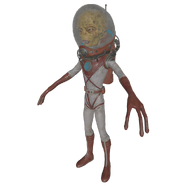 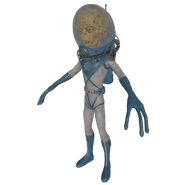 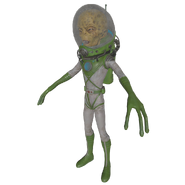 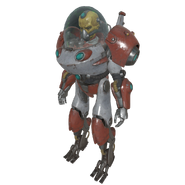 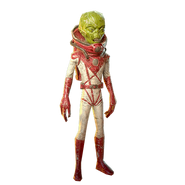 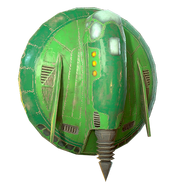 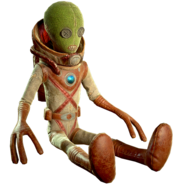 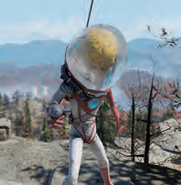