Successfully spy on the Crimson Caravan Company for 3-Some Caravan Co.

Successfully frame 3-Some Caravan Co. for extortion and murder

EyebrowF
“Yes, and they have been for decades now. The hired hands know what they're signing up for - we don't hide anything with fancy talk.”

Alice McLafferty is the executive manager of the Crimson Caravan headquarters in the Hub and current manager of the New Vegas branch in 2281. McLafferty is a shrewd businesswoman who runs all her day-to-day activities with utmost efficiency and a degree of ruthlessness infamous among CCC employees,[1] but still maintains the loyalty and respect among them for her competency.[2]

Business-minded, Alice McLafferty has been a driving force in making the Crimson Caravan Company the most successful merchant house to come out of New California.[3] Normally, McLafferty would be managing main operations of the CCC in the Hub, but as the New Vegas branch had been under-performing lately thanks to the incompetency of Henry Jamison, who she had assigned thanks to pressure from his family, so she relocated herself to fix her own mistake.[4]

She saw the order to accompany Governor Joseph Dodge to Hoover Dam as an opportunity to expand her caravan empire and puts on a great show of support for Dodge and his efforts, but secretly wants him to fail. If he does, she will seize the opportunity to take over Hoover and shape it into a town that would be the envy of the wasteland.

Part of her master plan is to work both sides of the BoS/NCR war. She is currently supplying weapons and ammunition to both the Brotherhood at Maxson's bunker and the NCR at Hoover Dam. It is her hope that the war of attrition will eventually take its toll on Dodge and he will step down. Once this happens, she plans to make a supply run to Maxson's Bunker, assassinate Devon Hill, blow up the entrance to Maxson's bunker, therefore trapping any survivors inside, and come back to Hoover Dam as the hero who ended the war. Lofty plans, to be sure, but she has full confidence in herself to pull it off. Corporate espionage seems to be her favorite pastime.[5]

Alice sleeps in the guard barracks at night.

Alice McLafferty appears in Fallout: New Vegas. She was to appear in Van Buren, the canceled Fallout 3 by Black Isle Studios. 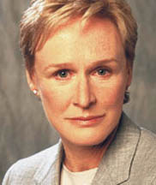