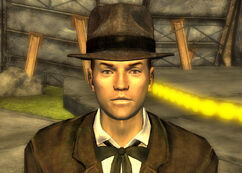 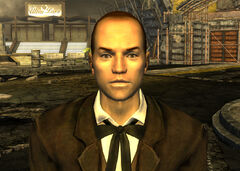 Long after inviting you to meet with Caesar, he may appear, run to the Courier, and initiate dialogue saying only "What do you need?" while your only option will be to end the conversation. This can even occur inside private hotel suites. (This can happen if you never met Caesar, or even if you have already killed Caesar). [verified]

Retrieved from "https://fallout.fandom.com/wiki/Alerio?oldid=3243069"
Community content is available under CC-BY-SA unless otherwise noted.