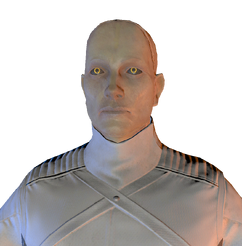 A9-51 was a synth who, prior to 2287, escaped the Institute with the help of the Railroad and a Railroad agent named Dutchman. He only exists in-game as a voice on the Bedford Station recording, a holotape found at Bedford Station in the terminal inside the watchtower.

If generated in game, A9-51 is a Gen 2 synth wearing an Institute uniform. The voice on the holotape does not match this, being that of a Gen 3 synth.

Retrieved from "https://fallout.fandom.com/wiki/A9-51?oldid=3055665"
Community content is available under CC-BY-SA unless otherwise noted.