A-2018 is a hostile synth encountered in the Institute's reactor room during the quest the Nuclear Option with any faction. A-2018, along with XPN-20A and Z4K-97B, will serve as the game's final boss during all endings other than the Institute ending.

A-2018 appears only in Fallout 4 and Fallout: Wasteland Warfare. 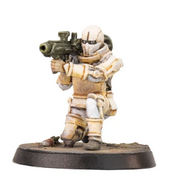