The standard issue for the BADTFL, certain units of the United States Armed Forces and police departments across the nation, 10mm pistols are one of the most common guns found in post-War America. The model seen in Appalachia has a long barrel, black polymer grips, and a 12-round magazine as standard.

The 10mm pistol is reasonably powerful sidearm for the beginning of the game, and it retains its usability with additional mods. An automatic receiver modification turns the weapon into a machine pistol. A silencer can also be attached, making it an effective weapon for stealthy operations. A 10mm pistol that has been completely modified from its base platform can potentially be a powerhouse on its own, given that ammunition is plentiful and there is not a legitimate threat of running out.

The tweaked automatic receiver does not add the WeaponTypeAutomatic keyword. As a result, a 10mm pistol with this mod will be affected by Gunslinger rather than Guerrilla.[verified] 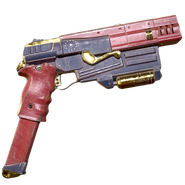 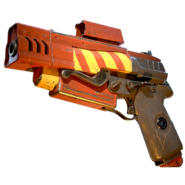 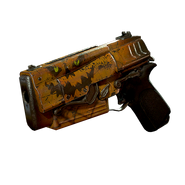 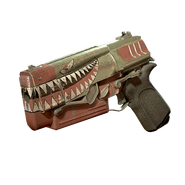 Fallout 4 concept art
Add a photo to this gallery
Retrieved from "https://fallout.fandom.com/wiki/10mm_pistol_(Fallout_76)?oldid=3499897"
Community content is available under CC-BY-SA unless otherwise noted.