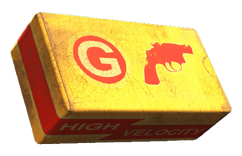 The .38 round is a type of ammunition in Fallout 4.

Box art for .38 rounds implies that they are rimmed cartridges used in revolvers but weapons in game treat it as an automatic pistol cartridge. The model for a .38 cartridge appears to be rimless. 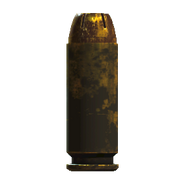