Megaton is a town in the Capital Wasteland, east of Vault 101, built around a crater where an undetonated nuclear bomb lies. This nuke is worshiped by some citizens as a miraculous sign from God. People took this unexploded bomb as a sign from God that He intended them to survive. This encouraged them to build their town around this bomb, using salvaged parts including a downed airline carrier.

The bomb is exactly the same as those that can be found in storage at Fort Constantine.

As the PC approaches Megaton, he/she could see scavenging or hunting birds circling above the city.

Note: Some NPC's in Megaton tend to die by falling from one of the upper levels, if you suddenly can't find a NPC, keep in mind that they might be lying dead somewhere around the lower parts of town.

Megaton appears only in Fallout 3. 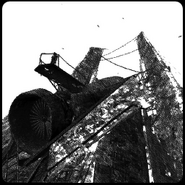 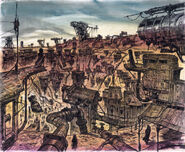 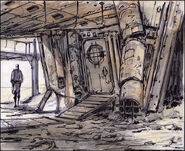 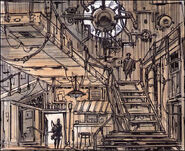 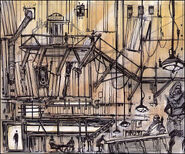 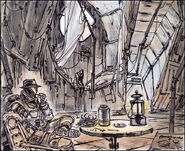