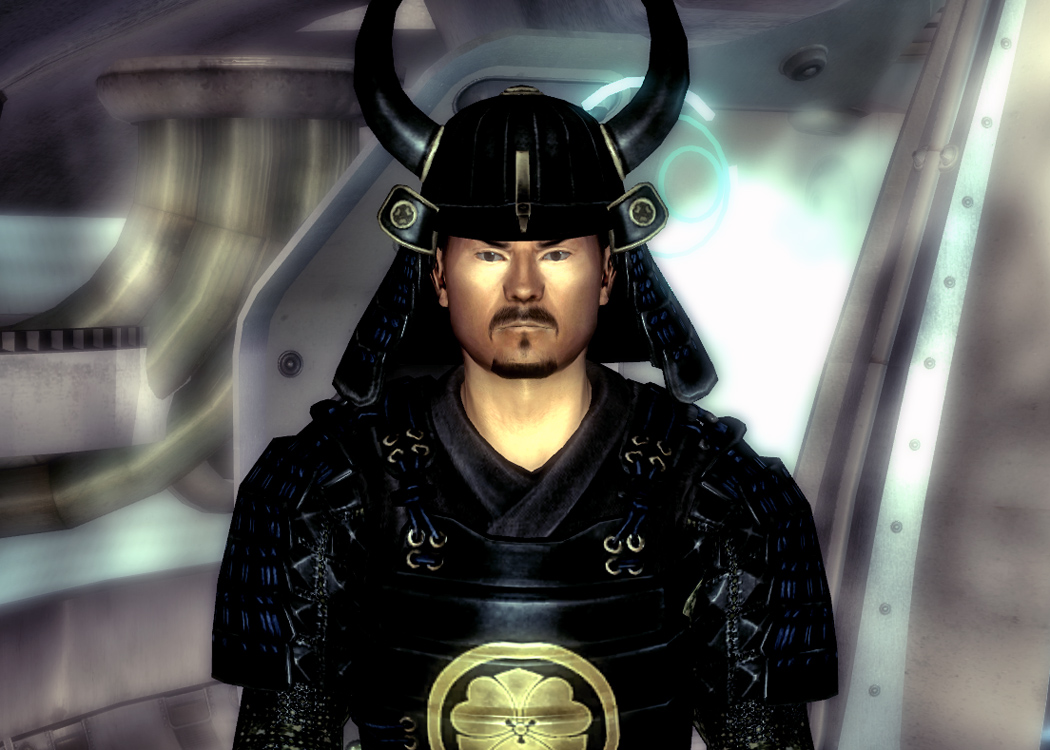 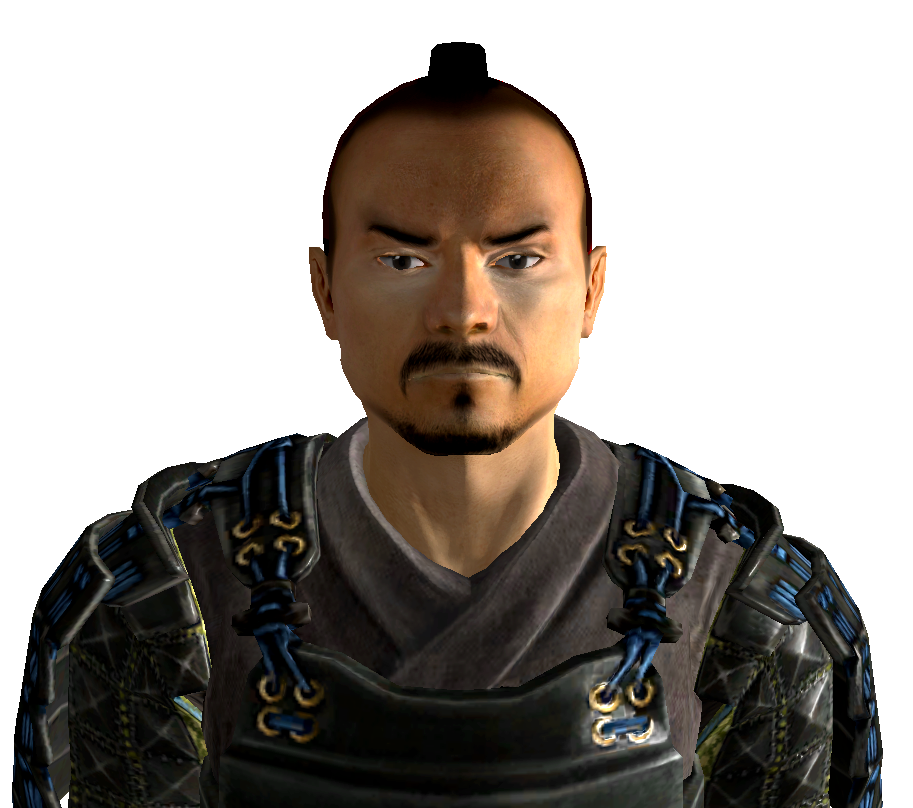 Toshiro Kago is from Japan, born sometime before 1562[3] and participated in many battles for the Oda Clan.[4] After the decimation of the Oda clan, he fought for one or more other unknown clans during the Azuchi-Momoyama period (1568–1603).[2] Also, during the Tokugawa shogunate (1600–1868), Toshiro chose the "wood sorrel" mon for his name[5] and placed it on his okegawa dô.

*Toshiro will use the sword if you either recover it from the waste disposal area and give it to him, or if you never enter the Disposal area. Should you decide to keep the sword, he will be unarmed.

After completing the main quest of Mothership Zeta, with Toshiro still alive, it is possible to pickpocket him. In his inventory his Samurai sword will appear but trying to steal it may result in the game crashing. [verified] 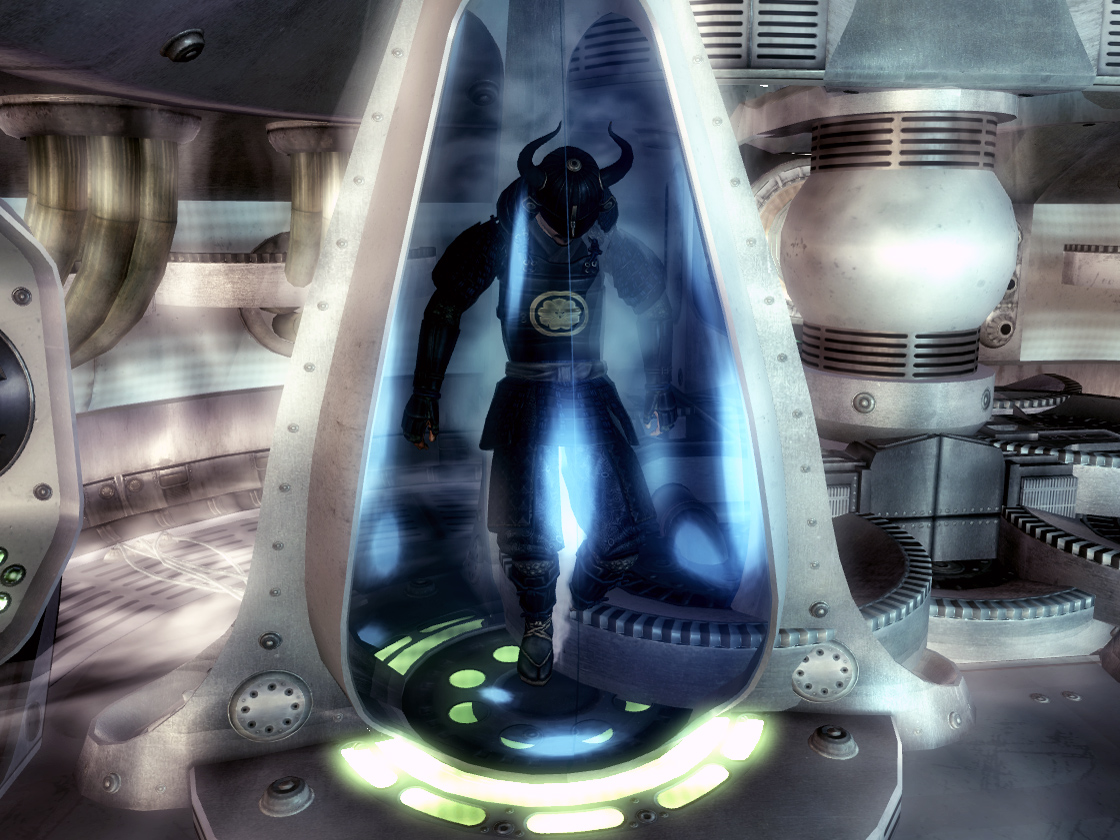 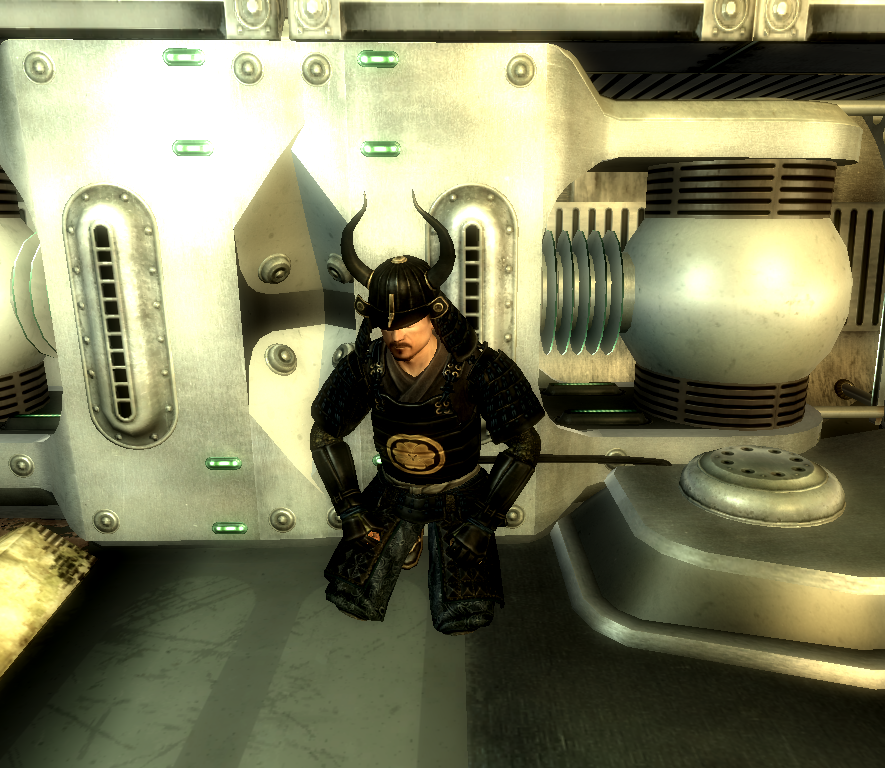 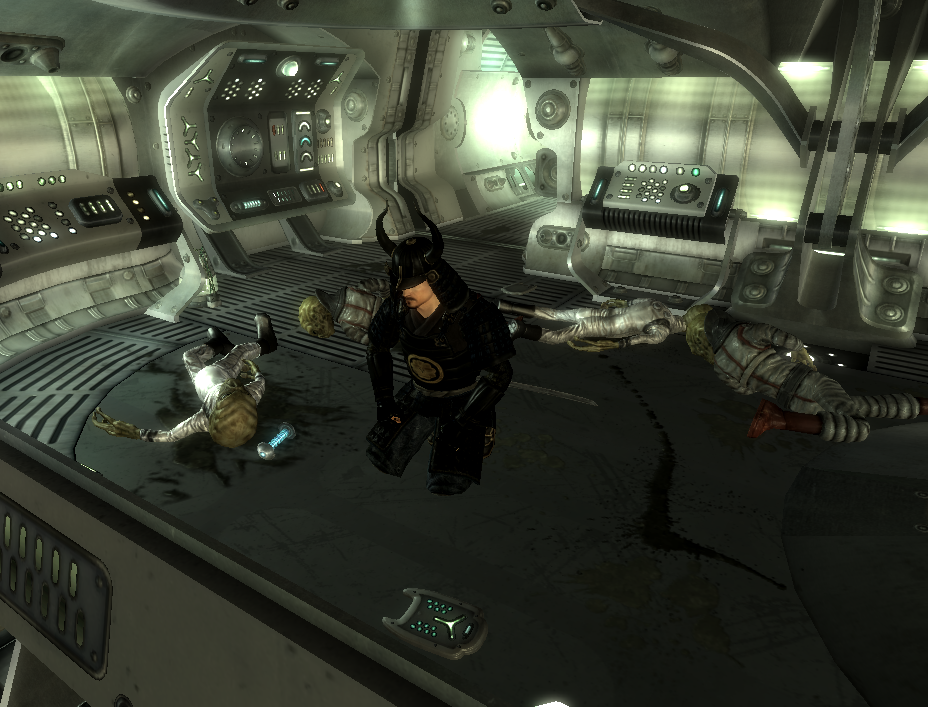 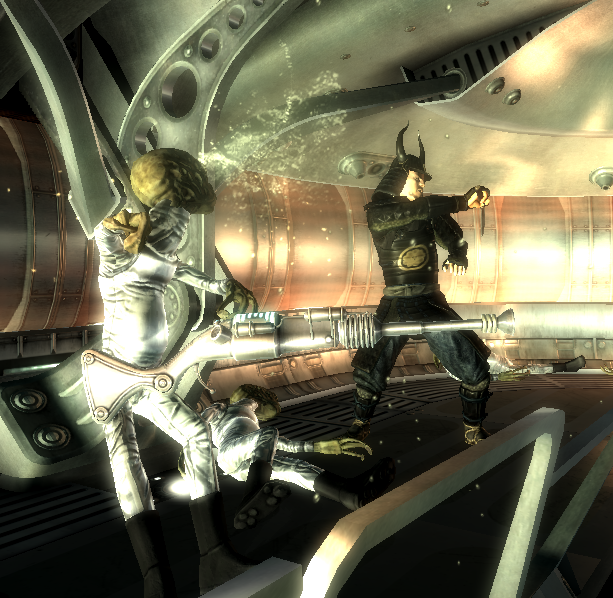 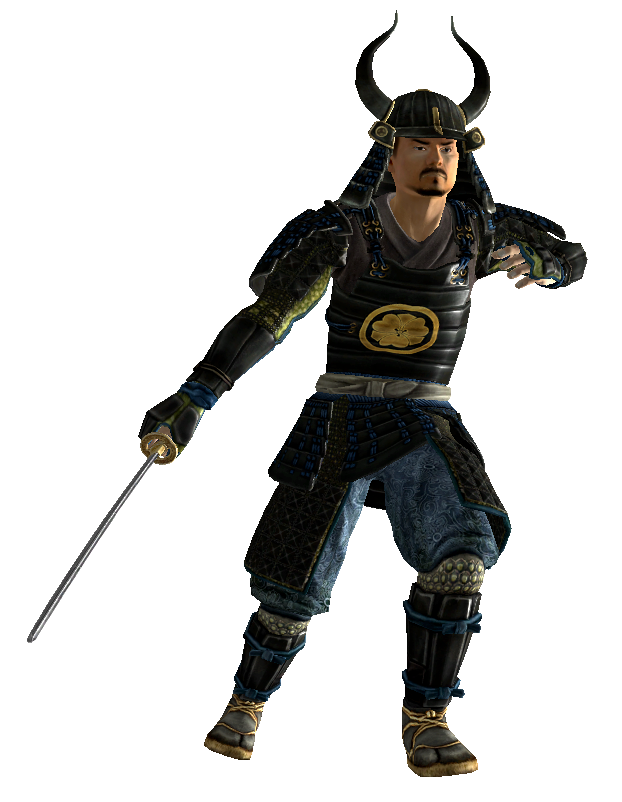