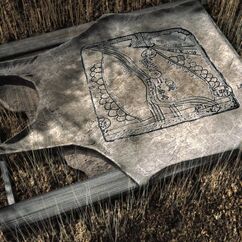 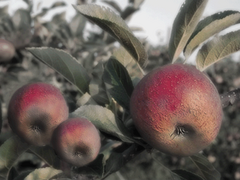 Modoc is a small farming town of hillbillies upon the remains of the Modoc National Forest, located in northern California.

A dwindling collection of hillbillies, Modoc is a small farming town built on the edge of the former Modoc National Forest. For a long time it traded in leather and meat from brahmin, but as other places were offering the same goods at cheaper rates, and people began herding and raising their own brahmin, Modoc has been on the decline. It is mostly a sleepy mountain community, with a centrally located Bed and Breakfast for the traveler. Modoc is beginning to change to a trade city, taking its cue as a stopover place for the Vault City trade routes, but the change may not be enough to save it. The town in 2241 is led by its sheriff Jo.

In 2241, Modoc has problems with "ghosts", missing watches, gardens infested with rats and a missing boy, among other things. Modoc is one of the few places where wastelanders still can get married.

In the Bed and Breakfast district, the fenced off building with the rocks piled in front of the door is the "chicken" (which is actually a deathclaw) coop where Rose gets her eggs for her omelets. It is guarded by dogs, and the Chosen One eventually blew up the rocks and killed the mother deathclaw, leading to the cessation of omelet production by the Rose's Bed and Breakfast. Depending on the Chosen One's actions by 2242, relations between the Slags and the residents of Modoc flourish. Between the two peoples, Modoc prospers and becomes a major farming community, supplying all the outlying regions with food. Alternatively, Modoc's community will instead declare war with them, resulting in the demise of the Slags.

Modoc can be found fifteen squares east and three squares south of Arroyo and is divided into two districts, one cave section and two outside sections.

Main Street is the entrance of Modoc. Jo, the sheriff and the merchant of the city stands here, running the trading post and organizing trade between Modoc and other cities. Interesting places include the tannery of Balthas in north, the house of Grisham's family and the church of Modoc.

Cornelius possibly built this B&B for his sweetheart Rose when they were young lovers. The B&B had a reasonably boring life since then, until it was covered in goo from the outhouse explosion caused by the Chosen One in 2241.

This location is only accessible during the quest "Guard brahmin herd for Grisham". It's a small brahmin pasture next Modoc owned by Grisham. At the moment the Chosen One enters the pasture, some wild dogs want to kill and eat Grisham's brahmin.

Modoc appears only in Fallout 2. However, while not appearing in-game, Modoc is mentioned by a few characters in Fallout: New Vegas.