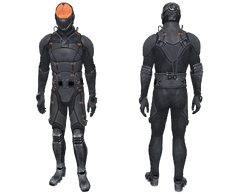 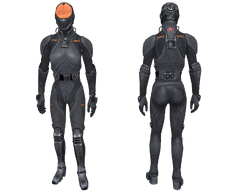 The armor is a form-fitting armored jumpsuit, with stealth camouflage system embedded. It generates a modulating field that transmits the reflected light from one side of an object to the other, making a person much harder to notice (but not completely invisible). The technology was the basis for the unstable "Stealth Boy" wrist units developed in the U.S.

It has a Damage Resistance comparable to recon armor, but also increases Sneak by 15 and the stealth field stat by 5 when crouching.

It can only be obtained after the Operation Anchorage simulation. It is in the armory which can be opened after completing the simulation. This is the only one throughout the game. 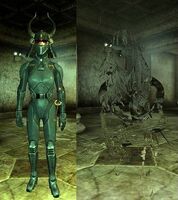 Glitch that allows compatibility with other head gear, even while cloaked 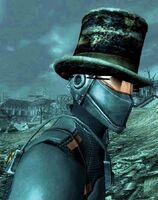 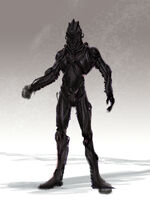