Imagine a picture, okay? A picture of the Capital Wasteland. All that brick and rock. A whole lot of nothing, right? There's people out there trying to just barely make it by from day to day. Fighting to stay alive and make something of what they got. But then you've got all kinds of shit... Slavers, Super Mutants, Raiders... They all want a slice of the pie too and aim to take it by force.

The Capital Wasteland is the general name given to the ruins of Washington, D.C. and the region surrounding it. It stretches from Raven Rock in the northwest to Rivet City in the southeast, with what's left of the Potomac River dividing it roughly in two. It serves as the game-world for Fallout 3.

Before the Great War, the Capital Wasteland was part of the Columbia Commonwealth that contained the District of Columbia. What is now a wasteland was once a densely populated metropolitan area. Arlington, Annandale, Bethesda, Springvale, Germantown, Fairfax, Alexandria and Olney are the major towns that the player can discover, most of which have real-life counterparts. During the events of 2077, the city of Washington, D.C. was hit by a bombardment of nuclear weapons that completely destroyed the city and irradiated the surrounding area. Being the Capital, it was hit harder than most of the country. By comparison to the west coast, the D.C. area is mostly rubble and ruins. Only a few buildings, mostly landmarks due to their more precise building techniques, remain in the area. The primary method of getting around downtown D.C. is the Metro system, due to the roads and streets being completely blocked by towering walls of rubble. However, the Virginia area of the Wasteland is more open due to the fact that there were fewer buildings there in the first place. Therefore, there isn't much rubble and is much easier to traverse.

Some missiles in this bombardment also targeted nearby Fort Bannister. Not only did the fort suffer a nearly direct hit, the bombs also decimated the surrounding countryside. As of 2277, the area is nothing but a lifeless and barren desert, with the western edge of the Wasteland containing large craters filled with radiation. Some stray bombs fell off course and hit the countryside, not doing much damage but still irradiating the surrounding areas.

The nuclear holocaust drove many of Bethesda's residents into a savage tribe of raiders, living, breeding, and hunting in the ruins of Bethesda. Olney became Old Olney, where some still reside, but right after the war the surrounding countryside made gathering supplies for support difficult, so many moved away. Since then, the ruins became a large deathclaw breeding ground. Annandale has become Andale, a town of inbred cannibals. Arlington is nothing more than Mama Dolce's and the national cemetery surrounded by pockets of open ground only accessible by the metro tunnel. Springvale is a burnt down, looted, pre-War town. Germantown has become a home for super mutants that use the area to capture locals in order to increase their numbers.

Many historic landmarks of the former United States such as the Capitol Building, the Museum of Technology, the Museum of American History, and the National Mall are now super mutant infested ruins or, like the White House, just radioactive craters. However, new towns such as Megaton, Rivet City, Tenpenny Tower, Underworld, and Little Lamplight, as well as smaller settlements like the Republic of Dave, Oasis, Big Town, Arefu, Andale, the Temple of the Union, Canterbury Commons, and Girdershade have since risen out of the ashes of war. The people of the Wasteland barely have enough supplies to scratch out a living, with the only agriculture being mutfruit and lab grown plants, such as potatoes and carrots. The towns mainly survive off of brahmin meat, milk, squirrel and iguanas. Hunters also provide the locals with meat from various other parts of the Wasteland, and a small amount of fish from the Potomac river. Also, a large amount of food comes from scavengers inside the DC area who scavenge pre-War food. Food is traded between the Capital Wasteland and Point Lookout, Maryland where many merchants in the wasteland can be found to have punga fruit, which is only native to the swamplands of Point Lookout. Tobar the Ferryman used to trade this fruit with the local merchants.

The most influential factions of the region include the East Coast Brotherhood of Steel, with their base camp located in the Citadel, built into and beneath the ruins of the Pentagon, and the Enclave who, secluded in Raven Rock, are believed by many to be nothing more than a pre-recorded, pre-War tape stuck on a loop. Factions also include the Super mutants, emerging from Vault 87, who overrun most of the Downtown DC and Arlington areas, as well as much of the wasteland. There are Slavers, operating from Paradise Falls, Brotherhood Outcasts of Fort Independence who left the B.O.S. to continue what they believe to be their mission, the Talon Company mercenaries, who are based at the ruins of Fort Bannister, and various raider tribes, who have numerous small camps and nomadic tribes in the area, the largest being Evergreen Mills.

The D.C. area was hit more severely than the West Coast, due to its military and political significance, along with the fact that it lacked a defense system against nuclear attacks.

As a result, the local inhabitants are far more hostile and are only friendly to members of their group, such as the many raider tribes. Pockets of radiation are far more frequent and in higher concentrations. Purified water is extremely scarce as well as any kind of fresh food. There is little flora, with the dead husks of trees littering the area.

The buildings in the D.C. ruins have been hit the hardest structurally as most are either completely destroyed, falling apart, literally falling into each other or just barely standing. The streets are littered with rubble and are largely impassible, forcing explorers to mainly rely on sewers and subways to navigate the city, most of which have caved in.

Any functional buildings are either a constant war-zone or are heavily fortified by a group of wastelanders, mostly in the southeast section of the Wasteland. Most of the northern and southern parts of the Wasteland are far more habitable, but don't have enough pre-War resources to support many people. Thus only hermits, raiders, and wastelander families still inhabit these desolate areas.

There is never any form of precipitation.

The Capital Wasteland is a nearly inhospitable, very violent area of post-apocalyptic America. It is not uncommon to find dead bodies that have been victims of raiders or desperate wastelanders. Few materials that are encountered are freshly manufactured in any way and scavenging or trading is the only reliable mean of finding materials to survive. Traders are typically found all over the wasteland and sell their wares to travelers, most commonly in the D.C. ruins and metro tunnels. Mutated creatures such as centaurs are much more common in the Capital Wasteland than in New California.

Slavery is a common occurrence as it is fairly easy, pays large amounts of caps (which are the standardized currency in the area), is in high demand, and is an easy way for someone to quickly gain powerful weapons. Groups of marauders called raiders attack unsuspecting or weak travelers using guerilla warfare tactics. The raiders take pride in strength, attacking anyone who is weak or vulnerable, and their favorite activities are torture and murder, as indicated by the numerous mutilated corpses that decorate their bases and areas of influence.

The Old World is still prevalent beyond the bombed out buildings and radiation. Ghouls are fairly common, partly due to the large pockets of radiation, irradiated food, and the large population of people during the Great War. Ghouls, despite superior knowledge of the terrain and its technology that has survived, have become points of ridicule among some of the various denizens.

Murder is a common occurrence as well, with the pre-War laws having been long neglected and forgotten, either because a person needs to kill another in order to get a precious scrap of food or water, to show power or dominance, or just simply because they don't care about other people's lives (examples: Mr. Burke, Eulogy Jones, etc.).

Few water based organisms are still alive due to radiated water besides mirelurks, which inhabit what's left of the Potomac River. Mirelurks usually can be found in dark, damp, and irradiated areas, especially the Nuka-Cola plant. Some mirelurks have expanded as far as to Point Lookout.

Super mutants are far more common in the DC area than in the west and, as there is little in the way of an effective military, a person must either have extreme luck, be heavily armed or hope they run into a Brotherhood of Steel patrol in order to survive an encounter with a super mutant.

Drug use is still a common occurrence in the Capital Wasteland. In fact, they're one of the few things that are being freshly produced along with medicinal drugs, though they are pretty expensive.

With this being said, not all hope is lost for the Capital Wasteland.

Not all residents of the Capital Wasteland are violent. In fact, there are a fair number of settlements with a population of civil (although sometimes unsavory) people (examples: Megaton, Rivet City, Tenpenny Tower).

Some of the inhabitants even try to keep some form of order in the Capital Wasteland. The Regulators seek out criminals and kill them. The Temple of the Union tries to help runaway slaves. The East Coast Brotherhood of Steel contains a large portion of the super mutant threat with regular patrols in the DC ruin.

Beyond drugs, people are trying to manufacture new goods, grow food and even have their own version of "wasteland recycling". Rivet City is currently the only producer of non-irradiated food and is working on portable fusion power. Point Lookout has also proven to be a reliable source of supply, especially its punga fruit. Motorcycles are being turned into sets of metal armor. Weapons, such as the Shishkebab and railway rifle, are being made out of materials originally thought to be junk.

The Capital Wasteland is just another part of post-apocalyptic America that is filled with people just doing whatever they have to in order to survive.

There are 3 types of flowers:

Trees: Some types of trees are distinctive, with the following characteristics: 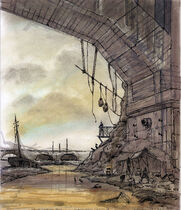 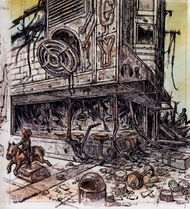 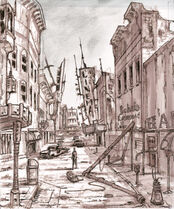 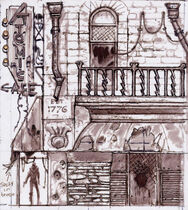 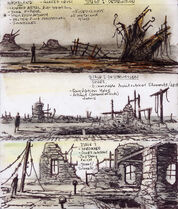 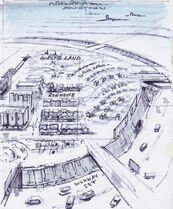 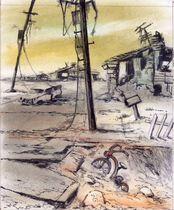 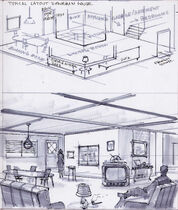 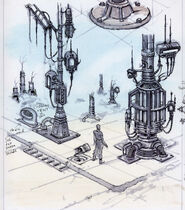 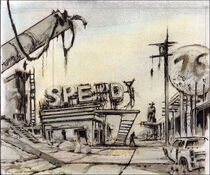 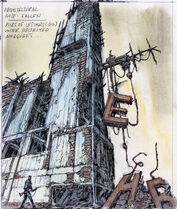 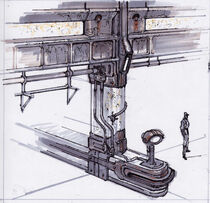 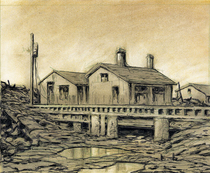 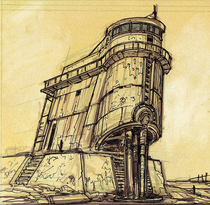 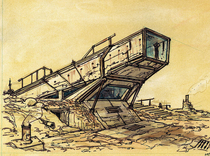 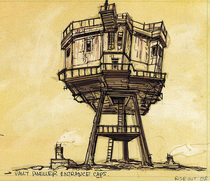 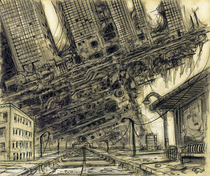 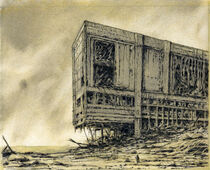 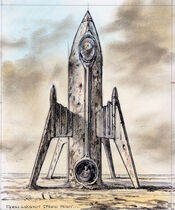 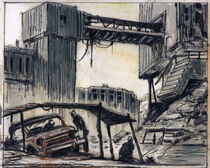 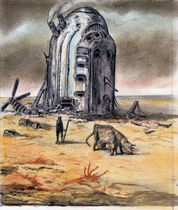 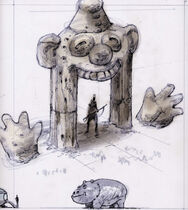 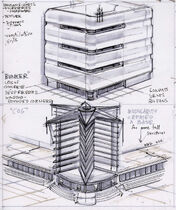 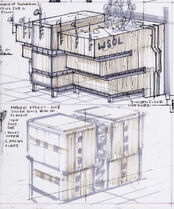 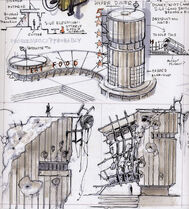 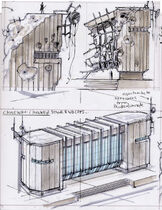 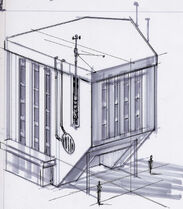 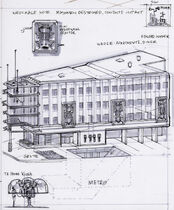 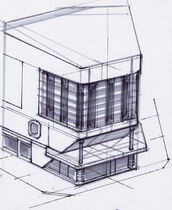