A small roadside fast food joint that once served delicious hotdogs, Hillfolk Hotdogs is now an abandoned trailer home and an old kitchen.

There are two main parts of Hillfolk Hotdogs, a bus renovated into a kitchen and eating area and a trailer next to it. The trailer has two bedrooms, one of which is a dark children's room with a bunk bed, while the other is a better-lit adult's room behind a sliding door. A small living area is connected to the kitchen, which contains various junk items and pre-War foods.

The bus, which has a partly lit Hillfolk Hotdogs sign outside of it, advertises burgers and dogs. It has two booths inside meant to be used as an eating area, but are filled with multiple containers. At the end of the bus is a cooking stove and other kitchen materials. Some mole rats are present here, including a rabid one.

Hillfolk Hotdogs is based on the real world location of Hillbilly Hotdogs, a roadside hot dog stand and tourist attraction near Huntington, West Virginia. 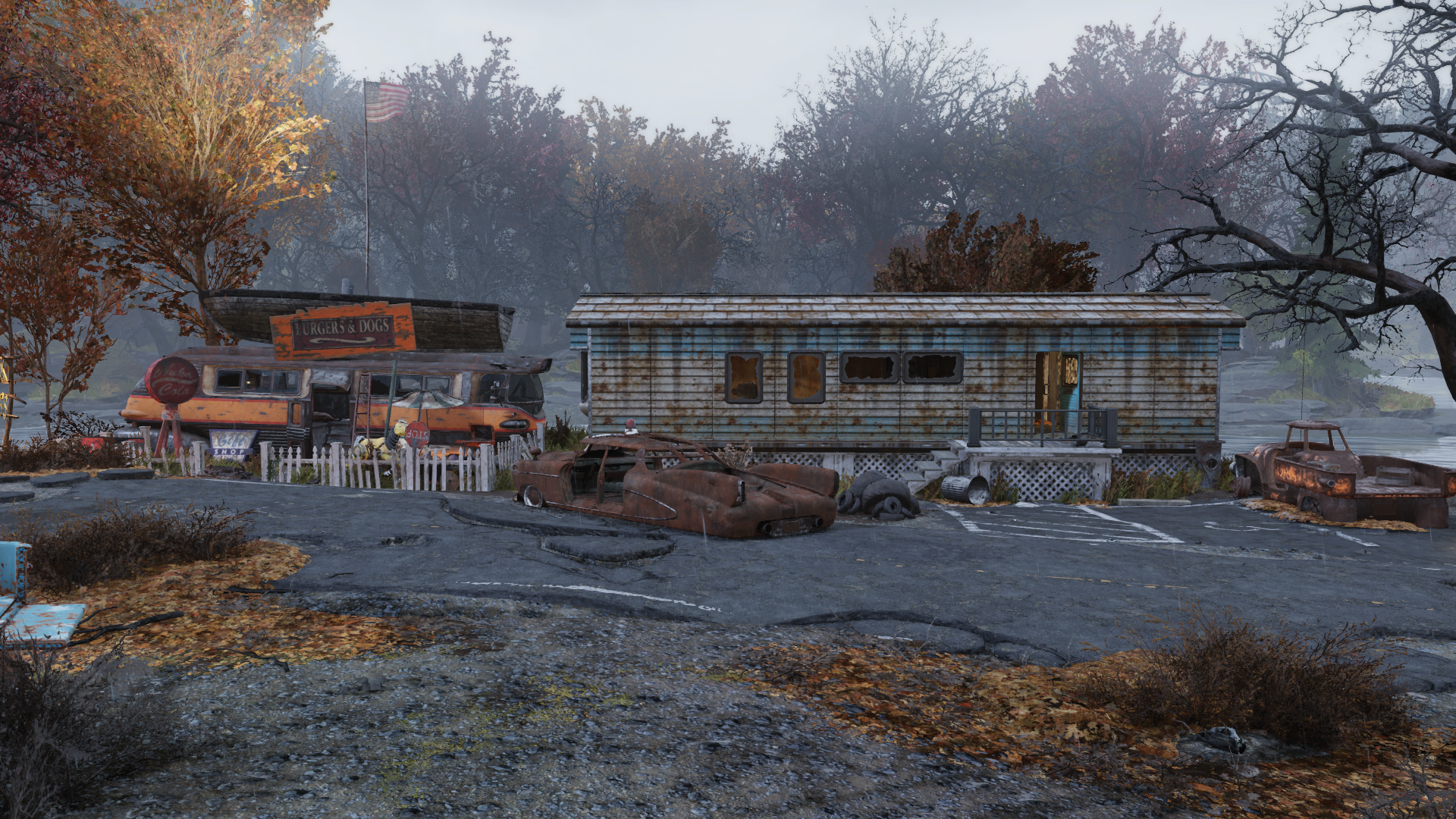 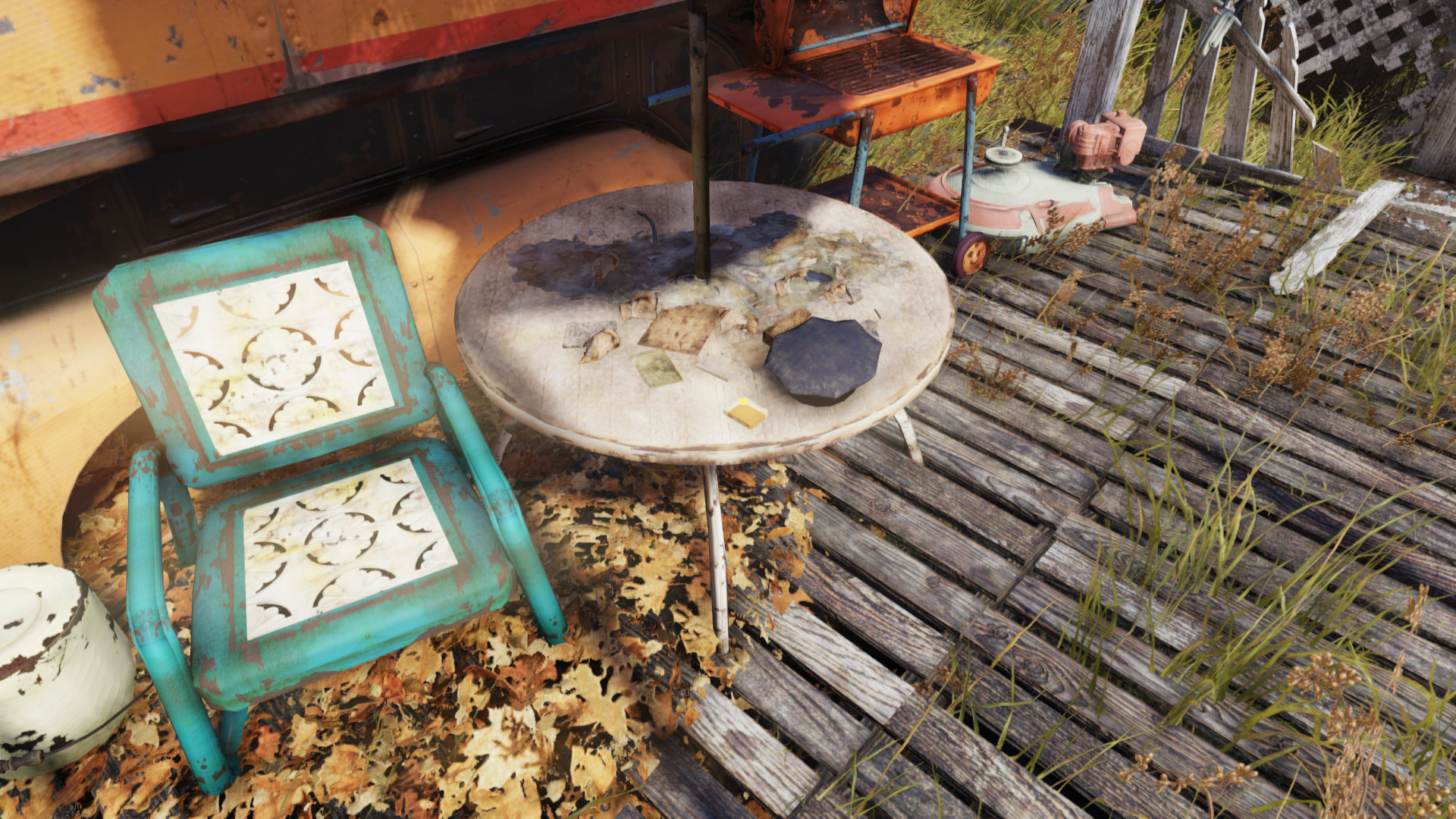 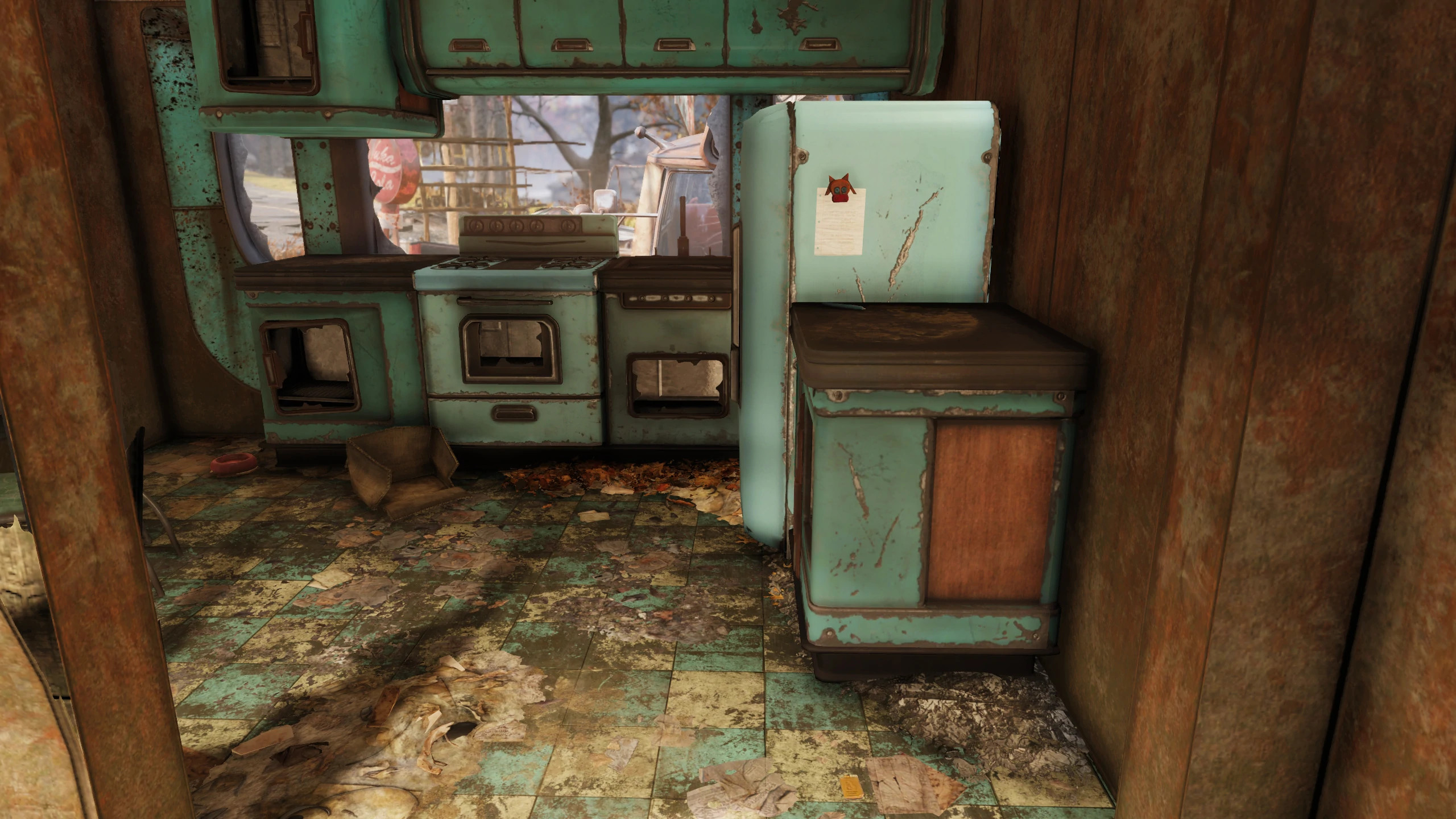 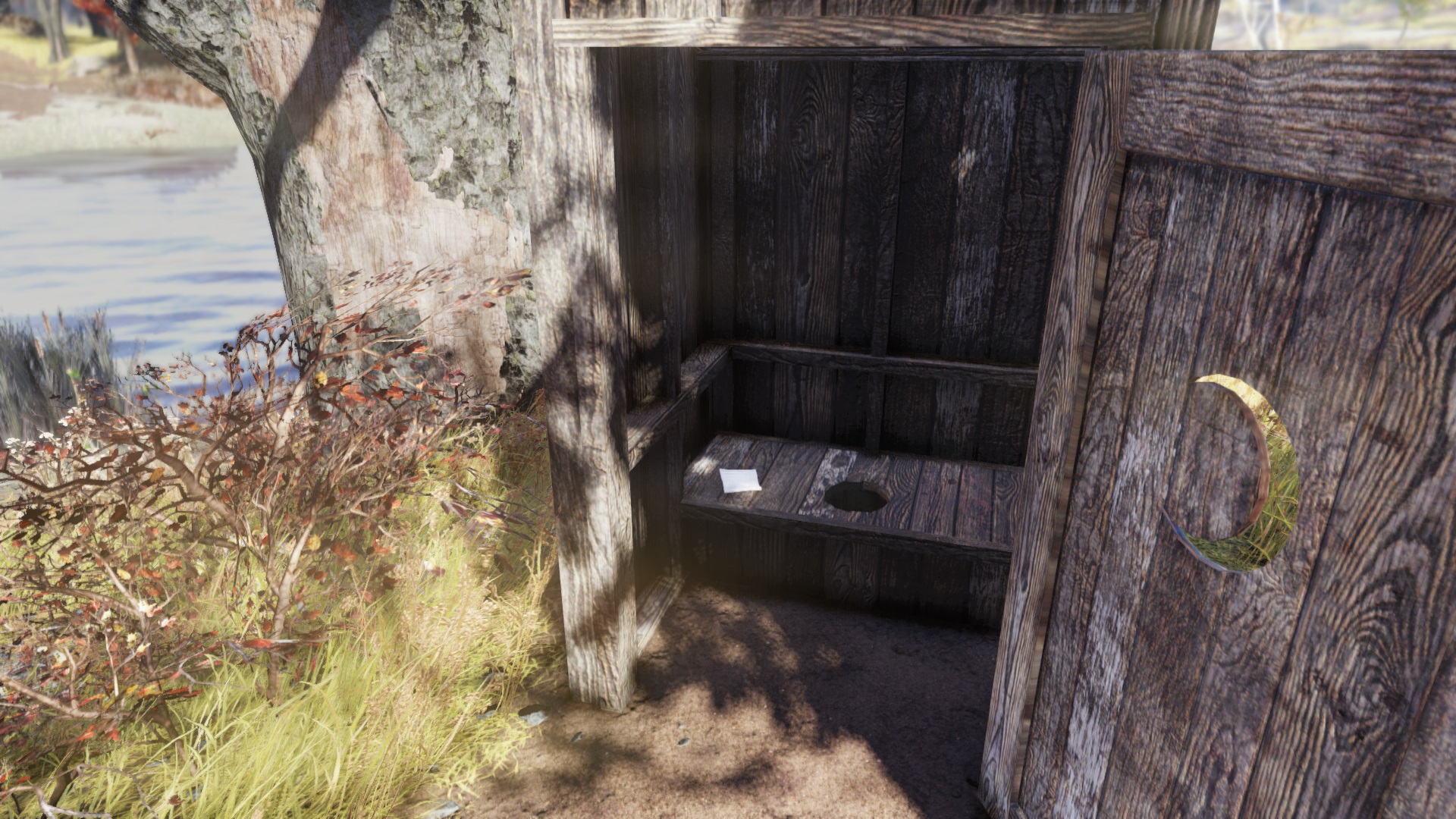