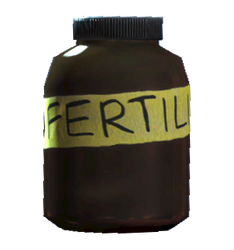 A chemical substance used mainly for enriching soil for farming, but in-game is used mostly for creating explosives at the Chemistry station.

By purchasing or producing fertilizer with brahmins in settlements, the player can produce Jet for a profit.