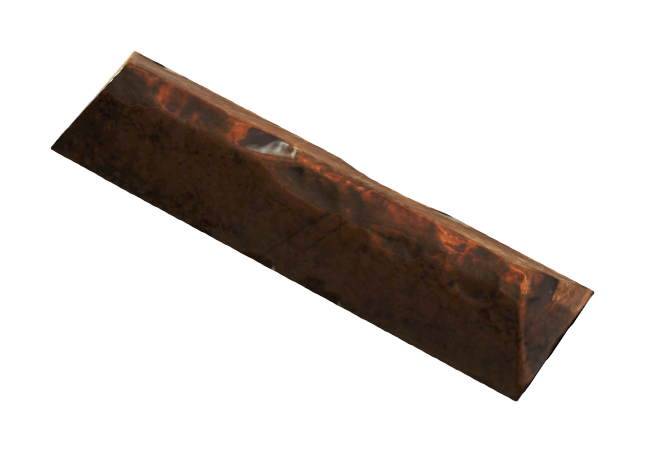 A soft yet highly conductive metal, used mainly in wiring. Copper is a component used to craft various electrical items, including weapon modifications, generators, turrets, lights, and other settlement objects that require power.