What's on your mind?

I hear so many bad things about it all the time. Every time someone tries to discredit Bethesda as a bad company, that’s the only example they bring up. So what’s the deal? How bad is it really?

Are there any wall or roof lights that give off a warm (more orange than white) glow? Everything I’ve found so far has just been white and harsh against my C.A.M.P. so far.

I know 76 has a mixed place in most people’s hearts, but what fun moments did you have in this game? Feel free to share pics. This is me with the Free States crew patrolling Harper’s ferry. We ran ops and were just goofing off toward the end 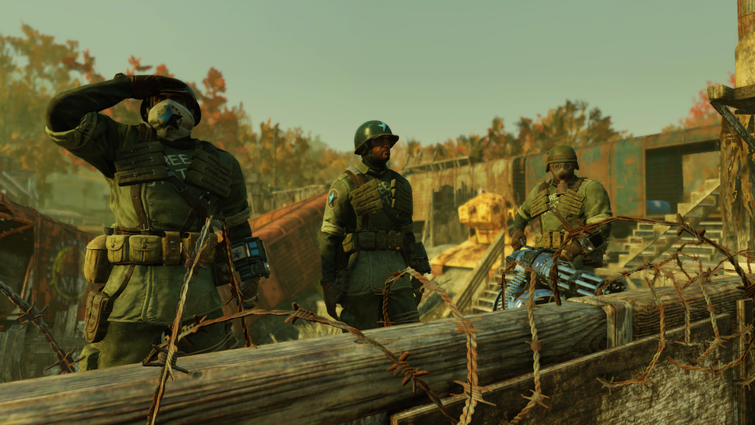 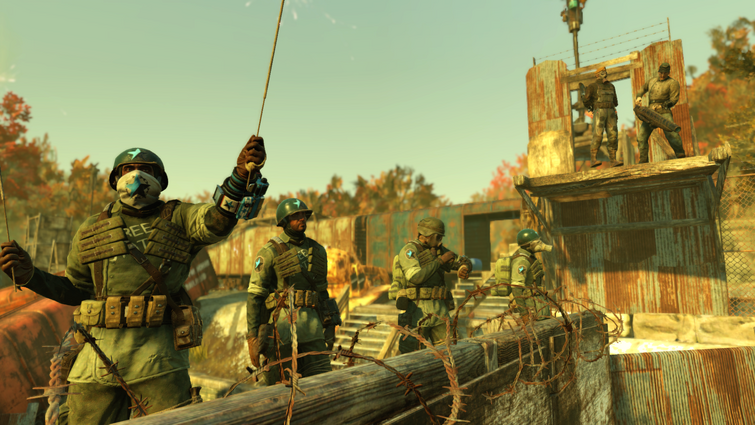 I think the Flavors of Mayhem quest was fun. In your opinion, what was your favorite objective in the quest. 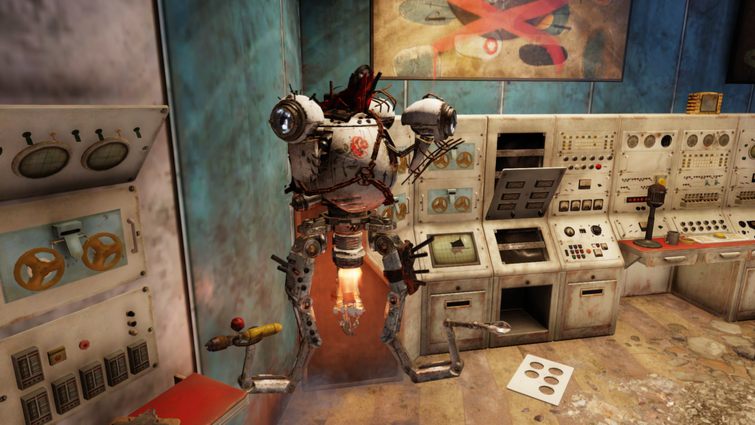 Was looking for another minigun since I don't have the plans and trying to follow the locations mentioned here:

Now I went to Fort Atlas first, but can't for the life of me find a red semi trailer, or any semi trailer in the entire area. Spent a good 10 minutes roaming around.

Next up the burning mine. page says there's a shack... there's no shack. I mean there's a control room on top of the mine. Doesn't have a minigun in it. And in front of the mine is a broken down house. Nothing there either.

Camp Venture. Alas, no minigun behind the lvl 3 locked door.

Is the info here still valid or out dated? I can imagine with the BoS update the area at the Atlas Observatory was altered.

Is it possible to get Exploding bullets on the Gatling plasma?

So should I or not get Fallout 76? I hear a lot of people saying they don’t like it but idk if I should or not

You do realize to port to your C.A.M.P. itself costs at least 1 gold right

Or maybe you expected someone to run from the nearest station.

Hi, does anyone know when the current season ends?!!

I neglected quite a few days, but if we have like half a week to a week more, i might still make it. it would be a shame cos i'm at the last quadrant of the wheel right now. need like 3 days or so

The soundtrack!!! Aint Misbehavin', Tennessee Ernie Ford songs, Bubbles In My Beer, I Didnt Know The Gun Was Loaded, Answer To Drivin' Nails In My Coffin, etc. Sooo many great songs that make exploration filled with joy :)

Do you think Fallout 76 failed because it’s a Fallout MMO or because of how it was made? I personally would love a good Fallout MMO, but i don’t think being a Vault Dweller would really work, but then there’s the question of how does your character get a Pip-boy? I wanted to like 76 but i can’t, i have too many problems with it, things like weapon and armor durability are fine in Fallout but absolutely shouldn’t exist in an MMO, progression also felt really slow, mainly because it felt like i couldn’t use any weapon i picked up because i wasn’t high enough level. Yet every weapon i could use was broken. I would just like to hear everyone’s thoughts on how a good Fallout MMO could be made/why they didn’t like 76.

It might be my fault but I can’t really grasp it.

So i was wondering how do people get the apc tank tent i can't seem to find the button anywhere to change the look of the tent.

I've done two builds so far in FO76, shotgun and pistol, both were terrible and in the endgame were painful. Is there some kind of fun build I can do thats sorta in the meta and can be somewhat viable for endgame? I was thinking explosives because I've never actually done it before.

Uninstalled it finally today as my free trial of Fallout First was expiring very soon. Honestly Fallout First should've been base features in the game. But for other reasons I uninstalled the constant weight glitch I was dealing with(not fun being suddenly over encumbered in the middle of nowhere)and how simply over grindy the quests are

Mobs you kill right in front of you... have the ability to go missing... dunno why, like sink beneath the terrain or... just ported to limbo. a much complained problem over the years if you run a search.

It has been this way for me since i started, and now it's almost end of the year, still the same despite 3 or 4 updates. usually when ppl complain about this it's when some leg dead bodies go missing, so if we count +plus normal mobs, occurrence of this 'bug' must be more frequent than we think.

Game's not in beta anymore Beth. u must understand sometimes it takes a lot of ammo/time to bring down an alpha enemy, especially when players are just starting off. if u just let this shit continue of course players will be pissed off. if u cannot fix it since this is not the game's first year of operation, perhaps you should introduce a workaround like hold Left-Shift to highlight interactive objects on the ground like... you know.. old Diablo 2 etc.

Once even a scorchbeast (killed while in air) dropped, bounced, bounced, tumbled, ... then disappeared in front of our faces lol... and i wasn't alone! there were other witnesses... the guy next to me kept doing the ??? emo lol it was so ridiculous....

I've been meaning to join scorched earth for a few days now- but everytime i see the system invite, another 2 seconds later i see the message "scorchbeast queen's reign has ended"... do these ppl like finish her in 2 seconds or something

In fact, come to think of it, i never joined the event this way before. the last few times it was because i was collecting flora near station delta, and inadvertantly participated. so how do i join this the proper way? i can't do it quickly enough or something... keep getting the "reign has ended" message.